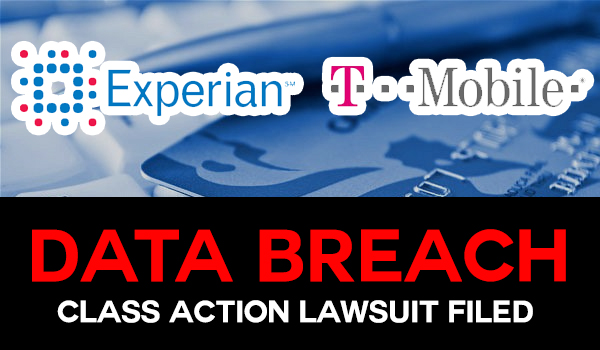 SANTA ANA, CA. (Oct. 16, 2015) — Aitken Aitken Cohn, LLP is co-counsel on a lawsuit filed on behalf of consumers stating that Experian Holding Inc. failed to maintain the reasonable procedures necessary to protect personal information on their servers, resulting in the data breach of more than 15 million T-Mobile consumers.

On Sept. 15, 2015 Experian discovered an unauthorized party accessed T-Mobile data housed in an Experian server. The breach exposed personal information of more than 15 million customers and possible customers who might have applied for T-Mobile cell service between Sept. 1, 2013 and Sept. 16, 2015. These records include information such as names, addresses and birthdates along with their confidential Social Security numbers, driver’s license numbers, passport IDs and military identification numbers.

On October 7, 2015, Wylie Aitken, founding partner of Aitken Aitken Cohn, in conjunction with his co-counsel Barrack Rodos & Bacine, filed an action on behalf of consumers in the Central District Federal Court. The judge assigned to the Experian T-mobile case is Judge Josephine L. Staton. The complaint alleges that Experian—one of the top three credit reporting agencies in the country—failed to: (1) take adequate and reasonable measures to ensure their data systems were protected; (2) take available steps to prevent and stop the breach; (3) disclose to T-Mobile customers that they did not have security practices to safe guard consumers’ personal information; (4) and as a result of the foregoing, caused substantial consumer harm and injuries to the millions of customers of T-Mobile now exposed to theft and fraud.

If you think that you may have been affected by this data breach and would like to talk to our Santa Ana injury attorney about your legal rights, please contact Aitken Aitken Cohn at (866) 434-1424 or fill out our contact form.

Aitken Aitken Cohn is one of California’s most respected plaintiff law firms, dedicated to serving the injured and aggrieved consumer in a variety of legal conflicts. With personal injury lawyers in the Orange County and the Inland Empire area, the firm enjoys a national reputation for the quality of its trial skills and the firm’s lawyers have collectively been prosecuting class action cases on behalf of the people for over 40 years.