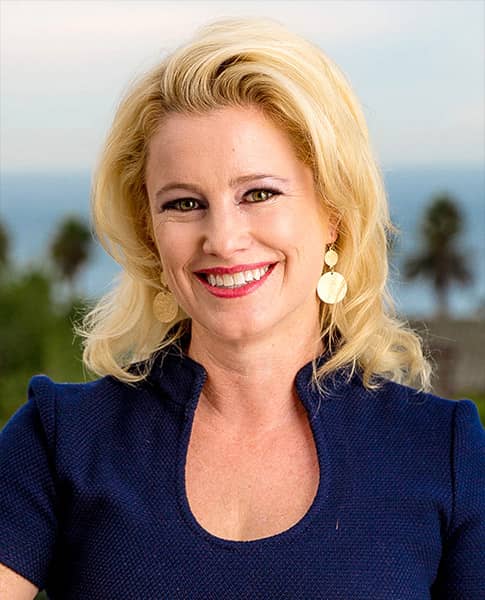 Ashleigh is a former federal prosecutor, practicing in the Los Angeles and Santa Ana Office of the United States Attorney in the Central District of California. While serving as an assistant United States attorney, she prosecuted cases involving armed bank robbery, narcotics, mail and wire fraud, child pornography and firearms violations. She has tried criminal cases (both jury and bench trials) and argued before the 9th Circuit.

Prior to becoming a prosecutor, Ashleigh was a civil litigator with the law firm of Morrison Foerster, LLP, specializing in complex business litigation and class action defense. While there, she tried civil cases in both federal and state court. She began her practice at Nossaman, Guthner, Knox & Elliott, LLP working on environmental and condemnation litigation.

In 2012, Ashleigh was appointed by Gov. Jerry Brown to serve on the Orange County Fair Board, where she served as Chairwoman in 2015. While serving on the Fair Board, she oversaw the first major public art installment on the property honoring Orange County’s agricultural migrant workers and the opening of both the revitalized Pacific Amphitheatre and the new veterans building, Heroes Hall.

Ashleigh is a graduate of Boston College, where she received her B.A. in secondary education. She attended law school at University of Southern California, Gould School of Law. She is a local graduate of Rosary High School in Fullerton, California.

An avid fan of the arts, Ashleigh and her family are generous supporters of the arts and culture in Orange County, particularly Chance Theatre in her hometown of Anaheim, where she is the chair of the 2017 Annual Dinner. She lives in Anaheim with her husband, attorney Michael Penn, their three children and an ark of animals.

Ashleigh has represented clients involved in complex business torts, class actions, wrongful death, and severe personal injury. She was a part of the Counsel team in the 2010 Toyota class action suit, acting as national liaison counsel between state and federal cases that resulted in largest automobile class action settlement. She represented the Vego family in Vego vs. Southern California Edison, confidential wrongful death settlement resulting in PUC fines of over $20 million. Ashleigh was also involved in an OC Fairgrounds litigation matter where she succeeded in a pro bono representation of local residents that assisted in thwarting the $100 million sale of state-owned asset.