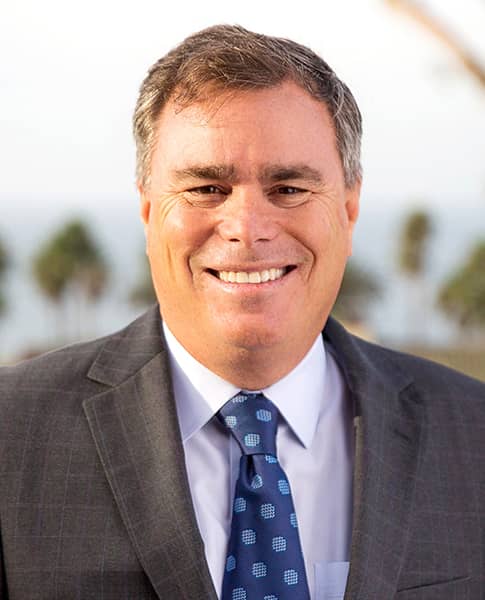 Darren Aitken is an Orange County native and has been a practicing attorney in California since 1989. He is a partner of the law firm Aitken Aitken Cohn and has practiced with the firm since 1992. Darren’s practice is limited to civil litigation, where he represents plaintiffs in major matters involving insurance bad faith, personal injury, product liability and commercial torts.

Darren has been recognized and awarded consistently throughout his career for his professional accomplishments and was named the Orange County Trial Lawyers “Top Gun–Personal Injury Lawyer of the Year” in 2008. He was named a “Super Lawyer” by his peers in a vote of lawyers conducted by Law & Politics, Inc. from 2005 through 2021.

Darren was further named one of the “Top 50” lawyers in Orange County by this organization based on the number of votes he received from his fellow lawyers. He is AV rated by the national Martindale-Hubbell legal directory, the highest rating that an organization bestows regarding legal ability and professional ethics. Furthermore, Darren has also received a 10/10 rating by the legal review website AVVO.com.

Mr. Aitken has successfully litigated and tried numerous civil actions both in the state and federal courts, and he has obtained numerous seven and eight figure results for his clients. His notable achievements include a trial judgment on behalf of his clients in the amount of $55,180,000 in Gutierrez vs. The United States. The Gutierrez judgment is believed to be the largest amount ever awarded in an Orange County personal injury action to a single plaintiff, and the largest amount ever awarded in an injury action against the United States government. This judgment was subsequently upheld by the Ninth Circuit Court of Appeals. In a separate matter, Mr. Aitken negotiated a settlement in the amount of $19,250,000 for his clients in a fiercely disputed action against a publicly traded international corporation. In 2009, Mr. Aitken obtained a jury verdict over $2,600,000 for his clients after a hotly contested four week trial against Ford Motor Co., based on a product defect in a Ford F350 truck. His appellate practice is reflected in published opinions such as Boicourt v. Amex Assurance Co., and Rothman v. Jackson.