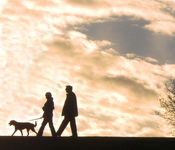 with the help of an Orange County dog bite lawyer caused by the animal. A keeper of an animal is one that “harbors, protects, or shelters” the animal. It is not necessary that the person is the “owner.” However, an owner who retains some degree of control over an animal can be liable even if the animal is partly under the care of others. Normally, the owner of an animal is liable only for negligence if the animal causes injury or property damage. Negligence is the failure to use ordinary care in keeping or controlling the animal and preventing a dog bite.

When Is The Dog Owner Liable?

California law provides that the owner of a dog is liable for the damages suffered by anyone who is bitten while in a public place or lawfully in a private place, including the dog owner’s property. The fact that a dog does not have prior attacks, or that the owner has no awareness of a dog’s viciousness is not determinative in California law. An owner is held to a strict liability standard of care to protect victims of dog bites and/or dog attacks.

The California dog bite statute can impute “strict liability” on the owners of vicious animals for dog bites and attacks. Strict liability means that a person is liable for damages even if the person used ordinary care, and therefore was not negligent in keeping or controlling the animal. The keeper’s liability is said to be absolute in the sense that the gist of the action is not how the animal was kept, but that it was kept at all in light of its dangerous propensities. A plaintiff who can prove the animal’s dangerous nature or trait and the keeper’s “knowledge” of it, need not prove negligence in failing to restrain or confine it. Actual notice is not required. An owner’s knowledge can be “constructive” wherein an owner can be liable if she could have learned of the propensity through reasonable inquiry. Additionally, an owner may be liable if his employees, agents, partners or family knew of the animal’s dangerous propensities.

What Are The Most Common Dog Bite Injuries?

Victims of dog bites usually experience in common areas that stay the same from person to person. The most common injuries related to dog bites and dog attacks include:

What About Other Injuries Caused By A Dog Attack?

The California strict liability dog bite statute applies only to injuries caused by a dog biting a person. However, a person does not have to actually be bitten by a dog in order to sustain an injury. Some dogs are very large and capable of knocking someone over. Injuries in these incidents can also be severe and include broken and dislocated bones, traumatic brain injuries, spinal cord injuries, and more.

What Are The Dog Breeds That Are Most Likely To Bite Humans?

While it’s important to know that any dog can bite, it’s also important to know which breeds are considered aggressive, hostile and reactive.  Unfortunately, certain breeds are more often trained to be aggressive or protective. Based on data for dog attacks in Canada and the U.S. between 1982 and 2014, here are the dogs that are most likely to bite humans:

Scarring And Disfigurement Caused By An Orange County Dog Bite

In addition to the traumatic injuries mentioned above, dog bites can lead to significant scarring or disfigurement for victims. In many cases, dog bite victims sustain injuries to their hands, arms, and face that can lead to potential deformities.

Who is ineligible to sue for dog bite injury compensation in Orange County?

In general, the following groups of people will usually be unable to recover compensation for dog bite injuries in Orange County:

What Kind Of Compensation Is Available For An Orange County Dog Bite?

If you or somebody you care about has been bitten and injured by a dog, there may be various types of compensation available for your losses. It is not uncommon for dog bite victims to recover the following compensatory damages:

The total amount of compensation available in an Orange County dog bite case will vary depending on the circumstances related to each particular situation.

What is the time limit to file a dog bite claim?

The statute of limitations, or time limit, to file a lawsuit after a dog bite injury in California is two years. This means that victims of dog bites have a two-year window from the date the injury occurs with which to file a lawsuit against an alleged negligent party to recover compensation for their losses.

Aitken * Aitken * Cohn has successfully represented numerous victims of dog bites and dog attacks in Orange County, California, and Nationwide. The law firm has the compassion, resources, and experience to consult the unfortunate victims of dog bites. For a free consultation from a nationally recognized Orange County personal injury lawyer, please contact (866) 434-1424 or fill out the contact form and a specialist will be in touch shortly.