On the evening of October 9, 2015, there was a catastrophic bridge collapse on the 91 freeway on an off-ramp under construction. The project known as “SR-91 CIP” (Corridor Improvement Project) involved lowering a bridge deck that reportedly weighed more than 990 tons onto the vertical walls of the bridge located on the eastbound Grand Avenue overcrossing to the 91 freeway in Corona, CA.

This highly complicated and profoundly flawed construction project required extensive investigation by the plaintiffs’ legal team and its experts. After five years of litigation, hundreds of depositions, and reviewing thousands of documents, the plaintiffs’ found several problems with the processes and procedures of the construction project. The legal team also found structural flaws in the bridge and design defects in jacking components and equipment used during the lowering of the bridge deck. The collapse involved such complexity that California’s Division of Occupational Safety and Health (Cal/OSHA) could not pinpoint the exact cause of the incident.

The procedure to lower the bridge deck from its cast-high position to its final position resting on the abutment walls used a combination of “falsework bents,” hydraulic jacks, hydraulic pumps, hoses, manifolds, valves, and gauges, and a “redundant system.” While attempting to lower the concrete bridge deck into position, the jacks and the falsework collapsed, causing the carpenters to fall to the ground, causing severe injuries. Many of the workers were also injured by falling timbers where they were also found and transported by ambulance to the hospital.

The consolidated lawsuit involved five groups of plaintiffs, each represented by separate counsel, that worked together as a team to represent the seriously injured construction workers. James Chaffee, suffered a traumatic brain injury and crippling orthopedic injuries, which impacted his mobility. He is now unemployable not only from construction work but also for any type of employment due to the catastrophic effects of his injury. His wife, Juliana Chaffee, brought a claim of loss of consortium due to the injuries to her husband of 32 years. 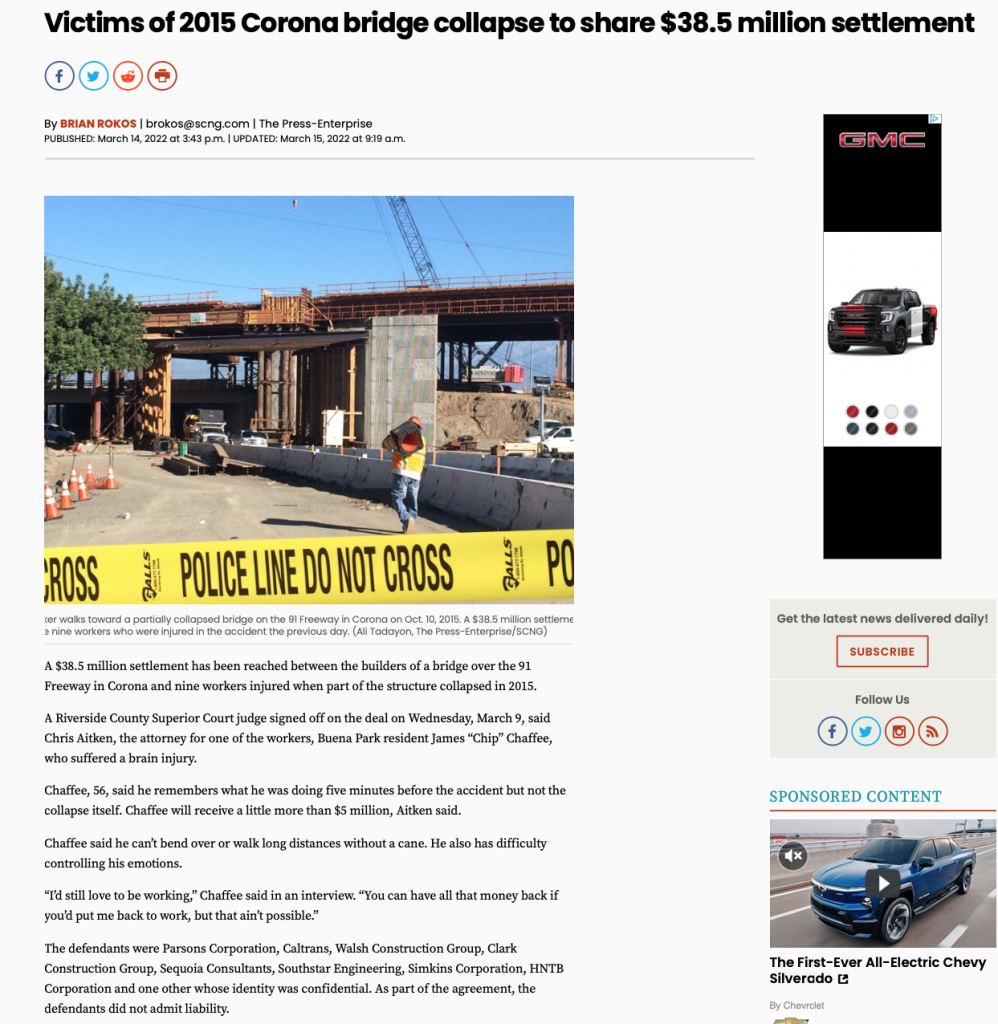 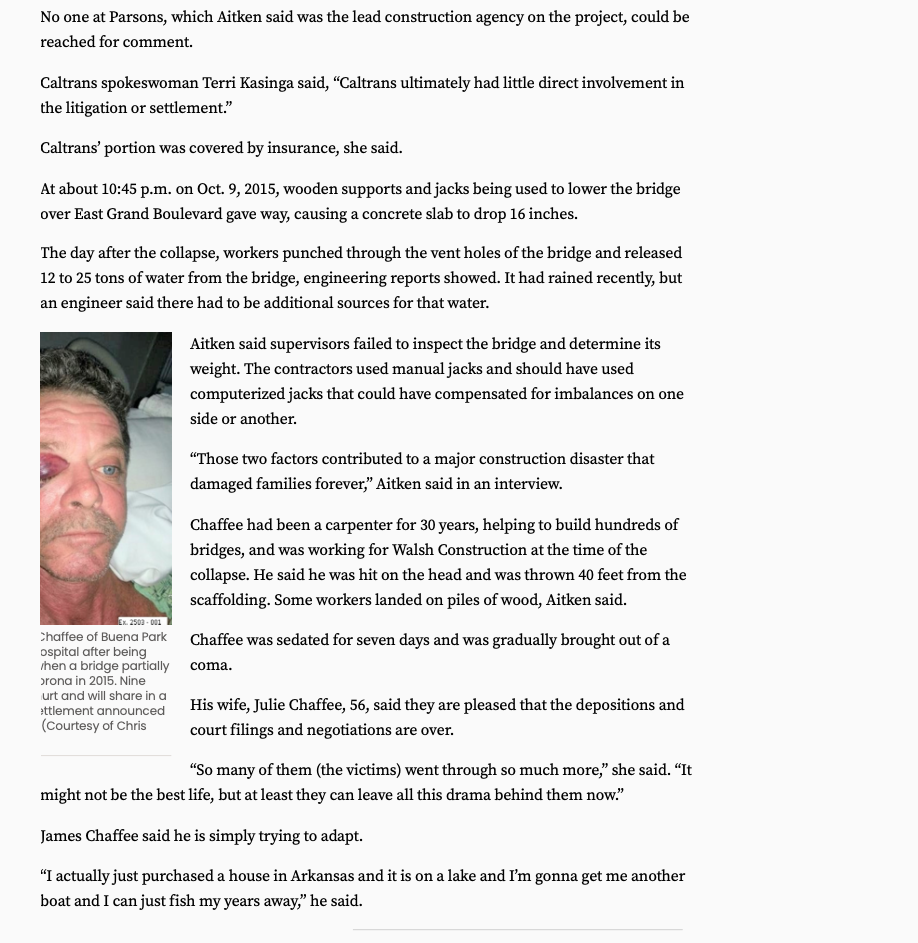