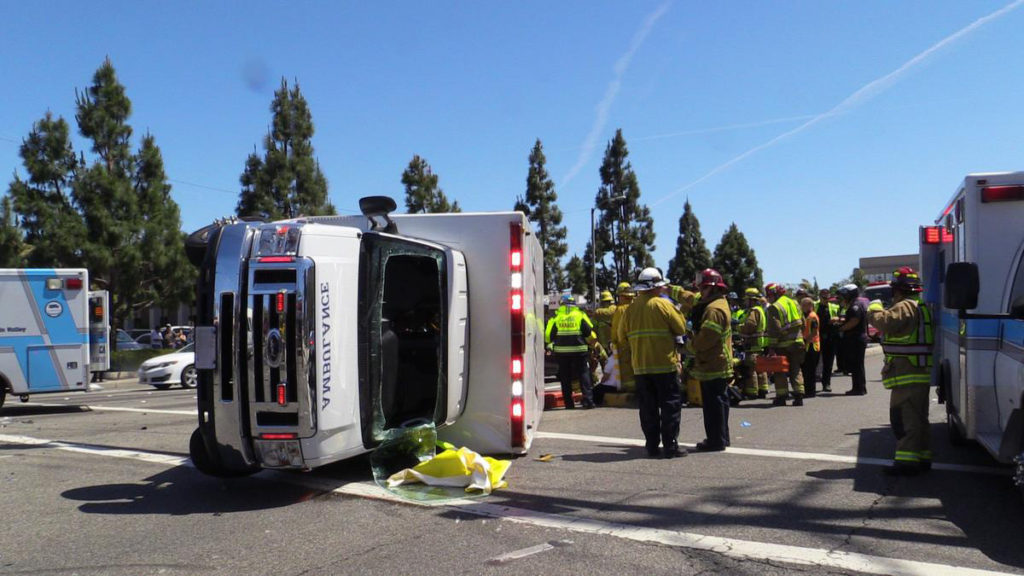 CASE DESCRIPTION: Passenger transport van traveling eastbound on Warner Ave. collided with an ambulance that was traveling southbound on Euclid St. in the city of Fountain Valley, causing the ambulance to roll on its side, injuring seven people. Plaintiff brought suit for damages sustained in the accident against the ambulance company, the medical transport van and its driver.

On April 22, 2016, Plaintiff Derek P. (aged 28 at the time of incident) was riding in an ambulance caring for a patient in the vehicle, when the ambulance was suddenly struck at an intersection in Fountain Valley by a medical transport van. The force of the impact caused the ambulance to roll onto its side, resulting in serious injuries to the plaintiff.

After a comprehensive litigation process into the incident, it was determined that both the ambulance and the medical transport company were responsible for the paramedic’s injuries. The ambulance, demonstrated through the deposition process, violated its own standards for driving an ambulance “Code 3” (lights and sirens) into opposing traffic against a red signal. The medical transport shuttle van was also at fault for entering the intersection at an unsafe speed while the ambulance was already within its confines.

PLAINTIFF’S INJURIES: Broken rib, cervical sprain, neck and spine issues. He is no longer able to continue in his paramedic career.