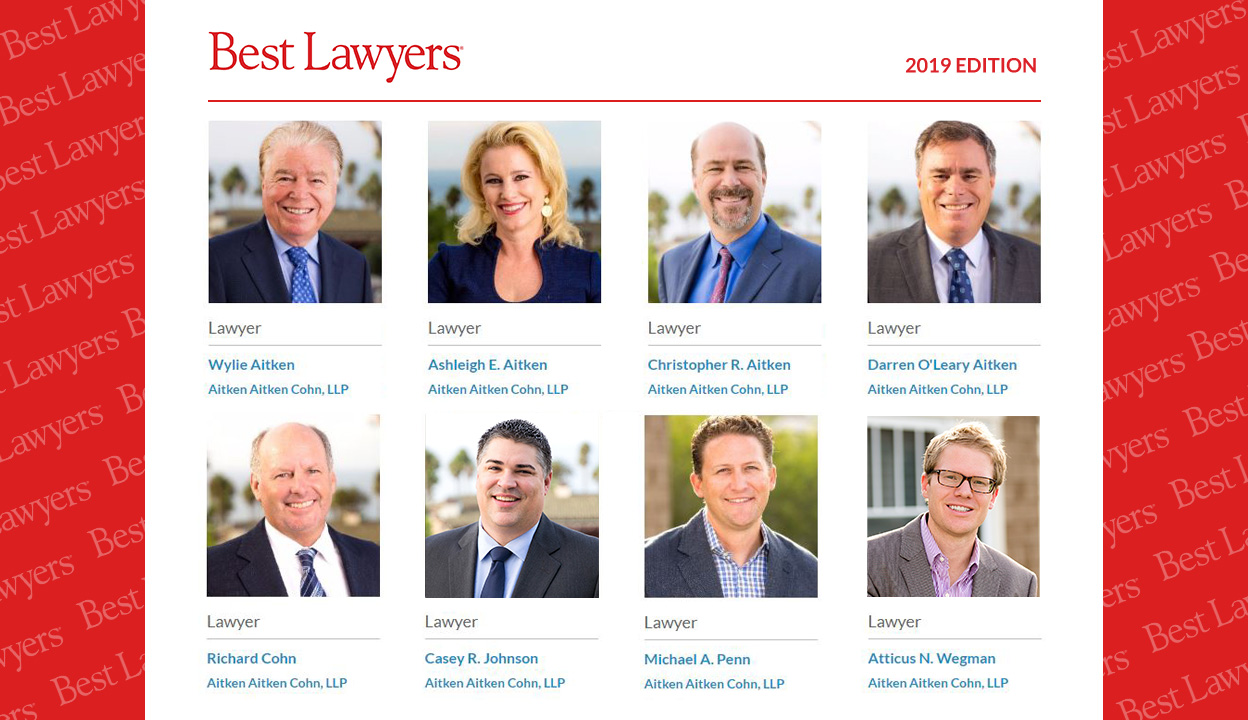 Aitken Aitken Cohn is pleased to announce that all qualified lawyers, eight in total, have been included in the 2019 Edition of The Best Lawyers in America! This is the 31st consecutive year that founding partner Wylie Aitken has received the Best Lawyer distinction; the 6th consecutive year for partners Darren Aitken, Chris Aitken, and Richard Cohn; the 3rd consecutive year for Ashleigh Aitken, Michael Penn, and Casey Johnson; and the debut year for associate Atticus Wegman (now having been in practice for 8 years)!

Furthermore, Aitken Aitken Cohn is tied for the most listed lawyers in any practice area in Santa Ana. To compile the list of leading attorneys, Best Lawyers studies peer evaluations submitted by more than 5 million lawyers nationwide

Some more specifics on this year’s accomplishment:

Best Lawyers® is one of the oldest and most respected peer-review publications in the legal profession, widely regarded by both clients and legal professionals as a significant honor. With all our firm’s qualified attorneys making the prestigious list in 2019, Aitken Aitken Cohn is honored to be held in such high regard by our clients and colleagues.

The complete 2019 edition is available online at https://www.bestlawyers.com/united-states