Three Marines were killed and one was hospitalized in critical condition after the car they were in struck a tree in Orange County, the Sheriff’s Department said Tuesday.

The car, a 2005 Dodge Stratus, was moving at a high speed northbound on Golden Lantern Street in Dana Point at 2:05 a.m. Tuesday when it lost control near Terra Vista.

All four Marines were stationed at Camp Pendleton.

Two Marines who were passengers were killed instantly, said Orange County sheriff’s spokesman Jim Amormino, and a third later died at Mission Hospital. The driver, also a Marine, is in critical condition and in intensive care, Amormino said.

No other cars were involved in the crash.

“Speed appears to be a factor and we’re looking into whether or not alcohol is a factor,” Amormino said.

Names of the dead Marines were withheld pending notification of family members.

The Dana Point crash was the second fatal traffic accident in Southern California involving enlisted Marines in the past two days.

If you or a loved one has been involved in a vehicular accident, we welcome the privilege of consulting with you about your car/truck crash claim.  We accept cases on a contingency basis. We will advance all costs necessary to successfully prosecute your case. We are only paid for our services if we get results for you. Contact Us for a Free Consultation 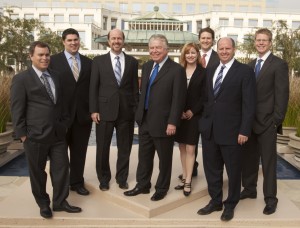