The firm was recently featured in a top Orange County newspaper! The article contains a profile of the firm and captures the essence of our mission here at Aitken Aitken Cohn. Read all about it below! 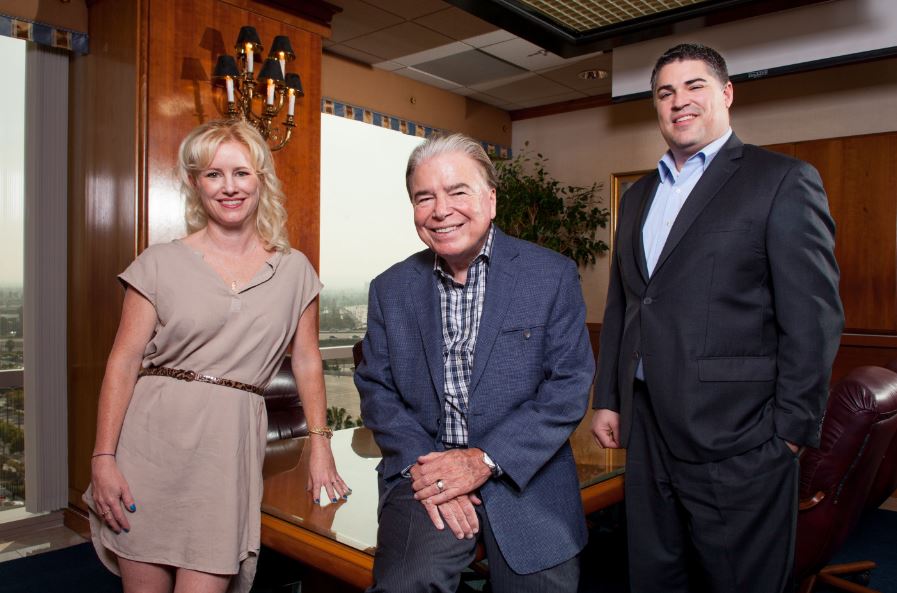 The article started out talking about how Wylie had big plans for his future at a young age. He was quoted as saying, “I never thought about making money as a young lawyer. I just wanted to change the world.”

Growing up with two powerful Democrat parents, he also said, “I always wanted to sue big insurance companies … and represent victims,” Aitken said. “It’s consistent with my life philosophy. It’s something I’d almost do for free, depending on what day you talk to me.”

That’s still the mission of the law firm he started in 1969. The eight lawyers who make up Aitken Aitken Cohn “pride ourselves on always representing victims,” he said.

Partner Richard A. Cohn was quoted as attributing the success of the firm to the “honest, heartfelt compassion” that emcompasses each partner. “We will work as many hours as the day is long for our clients,” Cohn said “We never give up.”

Wylie’s oldest son and now partner in his firm, Darren Aitken, was also quoted saying “Because we care, we work hard to ensure their success,”

The article also outlined Wylie history in becoming the prominent law attorney he is today including how he grew up in the mid-west but eventually moved to California with his family. He then attended law school at Marquette University, graduating in 1965, but returned to Orange County to work as an associate for local trial lawyer. Then in 1969, he decided to branch out and start a firm on his own, now known as Aitken Aitken Cohn.

The article also mentioned how by the age of 35, Wylie Aitken had been chosen as president of the California Trial Lawyers Association, the youngest person ever to hold that post.

The article then touted his recent wins and as a direct result of his cases, led to changes to the law, using the 1991 case where the firm won more than $2 million for a 5-year-old girl mauled by a mountain lion in an Orange County park as an example. Small v. County of Orange, 503356 (OC Super. Ct., filed Oct. 10, 1986)

Another case they included was the more recent case where the firm won a reported $25 million from Southern California Edison in a confidential settlement for a family decimated by poorly maintained power equipment that fell into the family’s backyard, and subsequently killed the mother, father, and oldest brother when they got too close. Vego v. Southern California Edison, CIVDS1104100 (S.B. Super. Ct., filed March 30, 2011)

The final case they included in the article was when Wylie and his son and partner, Chris Aitken, represented a woman who was badly disfigured and whose husband died at Disneyland on Christmas Eve 1998 when a docking cleat for the Sailing Ship Columbia ride tore loose and struck them. The case settled for about $25 million without a lawsuit. This case led to a new California statute requiring mandatory inspection of theme park attractions by the Occupational Safety and Health Administration and to dramatic changes in how the Anaheim Police Department investigates accidents at Disneyland.

Wylie explained “I’ve learned that every time you get a large verdict, it’s because it’s an incredibly large disaster. You realize that what caused it is something that needs to be addressed.”

The article then went into Wylie’s political history and involvement. For 13 years, he led the Orange County Democratic Foundation fundraising group and has served on Sen. Dianne Feinstein’s judicial selection advisory committee for 22 years.

Currently, he chairs the California Arts Council. He was named to the council by Gov. Arnold Schwarzenegger in 2010 and reappointed in 2011 by Gov. Jerry Brown.

When it comes to the firm, partner Richard Cohn explained that clients at their firm have an advantage because of the regular meetings they hold to discuss their cases with each other. Cohn was quoted saying “Clients get the benefit of five or six lawyers at a time.”

The article concluded with this quote from Wylie, explaining how he he has no plans to stop practicing although he is 72 now. “I still feel like a kid in a candy story. My health is good, my enthusiasm is still up. … I still get up in the morning anxious to go to work.”