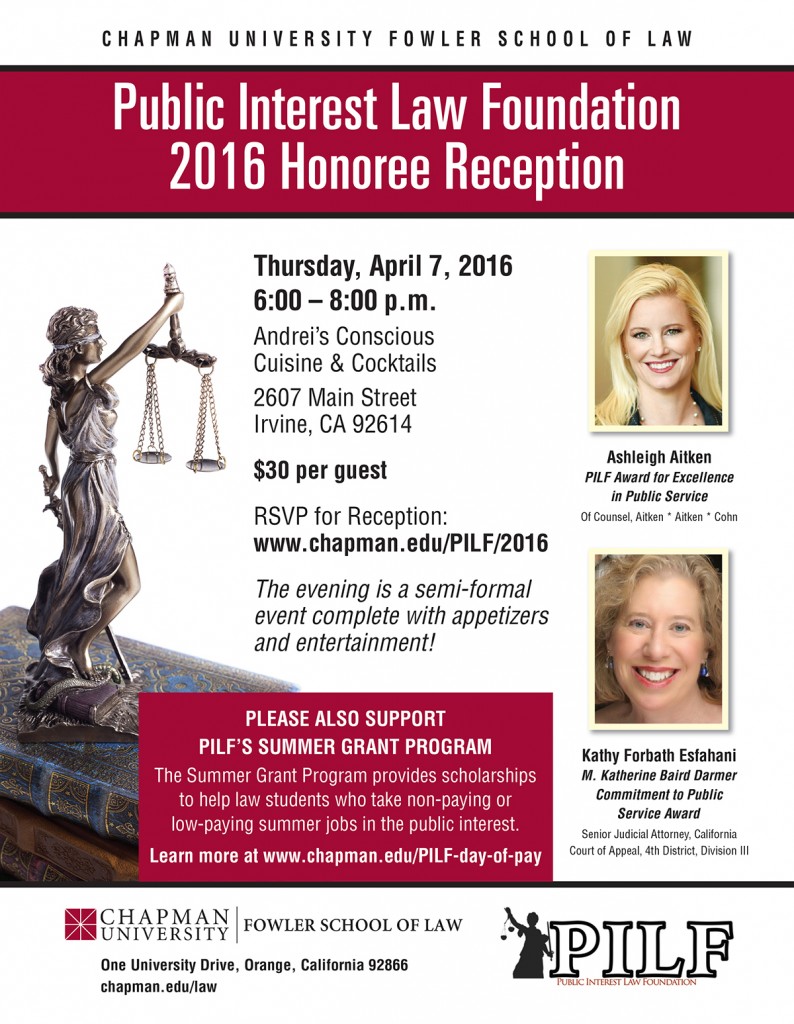 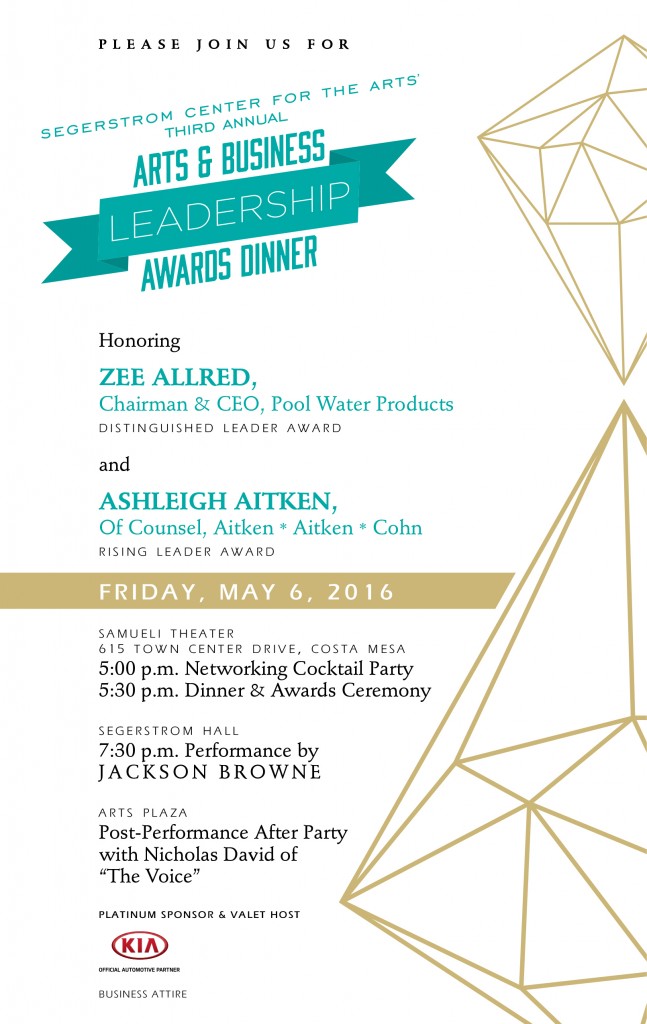 Ashleigh Aitken is on a roll with no signs of slowing down! Earlier this year, Ashleigh was announced as the honoree for the OCWomen2Women “Driving Forward in Style” Annual Event. A mere two months, later, she has been announced as the honoree for two more upcoming events: Chapman University Fowler School of Law’s Public Interest Law Foundation (PILF) 2016 Reception and The Segerstrom Center for the Arts’ Third Annual Arts & Business Leadership Awards Dinner.

Chosen for “her dedicated service to the Orange County Community,” Chapman University Fowler School of Law’s Public Interest Law Foundation will proudly present Ashleigh with their PILF Award for Excellence in Public Service on Thursday, April 7, 2016. The cocktail style reception is taking place at Andrei’s Conscious Cuisine & Cocktails in Irvine from 6:00pm-8:00pm. PILF is an organization dedicated to creating new and innovative opportunities for law students to engage in critically needed public interest work.

Then on May 6, 2016, Ashleigh will be honored with the Rising Leader Award at the Segerstrom Center for the Arts’ Third Annual Arts & Business Leadership Awards Dinner. Celebrating Ashleigh’s accomplishments leading the community and the partnership between business and the arts in Orange County, the event kicks off with a reception at 5:00pm at the Samueli Theater. Following the dinner, there will be an exclusive performance by Jackson Browne in the Segerstrom Hall at 7:30pm. The event culminates with a private Post-Performance After Party with Nicholas David of “The Voice” in the Arts Plaza. If there was ever was an event to show your support of Ashleigh but also have an incredible time, this is it!

Check out the flyers and be sure to register to attend here: