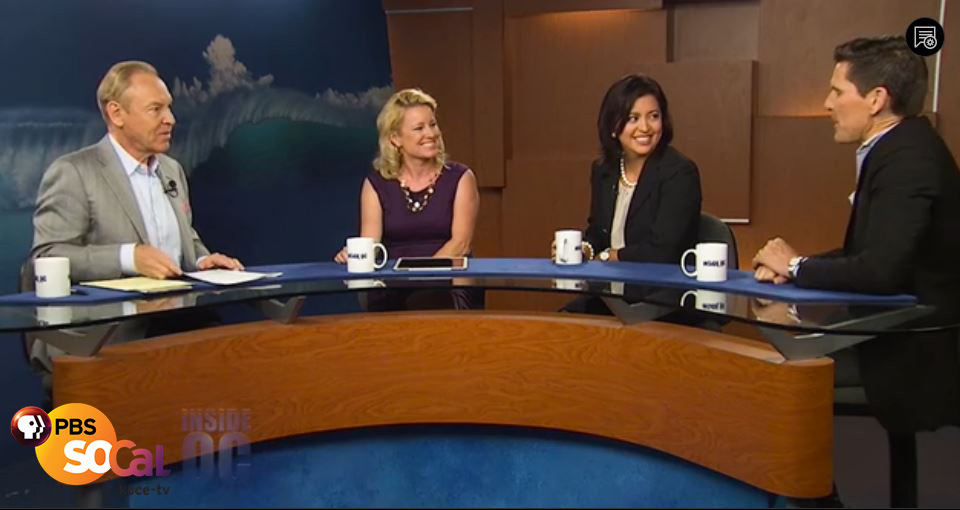 When it comes to offering a fresh perspective and knowledge of public policy, Ashleigh Aitken is a pro. She was recently invited to share her thoughts on the prominent TV program “Inside OC with Rick Reiff,” a weekly half-hour public affairs program focused on Orange County’s vibrant trend-setting and industry-leading community aired on PBS Socal KOCE-TV.

The episode, titled “Taxing California,” featured panelists Ashleigh Aitken, Clare Venegas and Will Swaim discussing and debating local issues, including the rising cost of government, the state of county fairs and charges of racism in a Newport Beach city council race. These measures are all up for public vote of election day in two weeks. 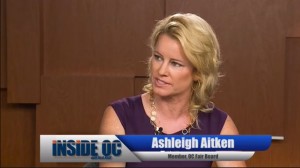 When it came to the growing concern about the cost of funding the pensions of government workers, Ashleigh Aitken defended the right of public service employees to “retire with dignity” for their sacrifice and heroic nature of their jobs. When asked where the government would get the money to fund the pensions, Ashleigh suggested they stop giving big corporations tax cuts. As a member of the OC Fair Board, Ashleigh also defended the wonderful benefits of county fairs. Though the OC Fair has continuously made a profit, the LA Fair has experienced big losses the past couple of years. The other panelists argued that funding state fairs should be a lower priority on the list of what government needs to take care of and speculated that fairs will be done away with if they continue to lose money, to which Ashleigh chimed in, “I don’t want to live in a world with no county fairs!”