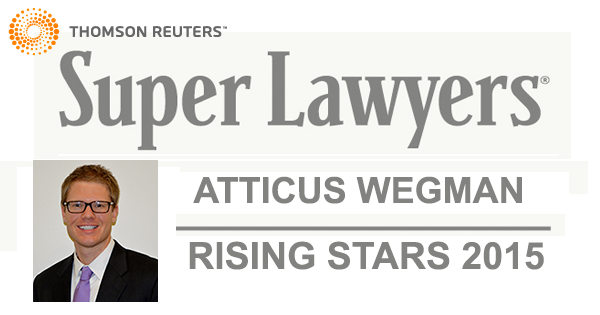 Los Angeles Laker’s former head coach, Pat Riley, who coined the term “three-peat” would say that a “three-peat,” whether referencing sports or in life, is close to impossible to achieve. However, at Aitken Aitken Cohn, our attorneys like to defy the odds.

This distinction follows the announcement of the “2015 Super Lawyers,” a title which the remaining Aitken Aitken Cohn partners and attorneys have received as well. This also marks the third year that all AAC attorneys have been named to the esteemed Super Lawyer lists.

Huge congratulations to Atticus! AAC is very proud to have such a distinguished attorney on the team and can’t wait to see him accomplish a “four-peat” next year.