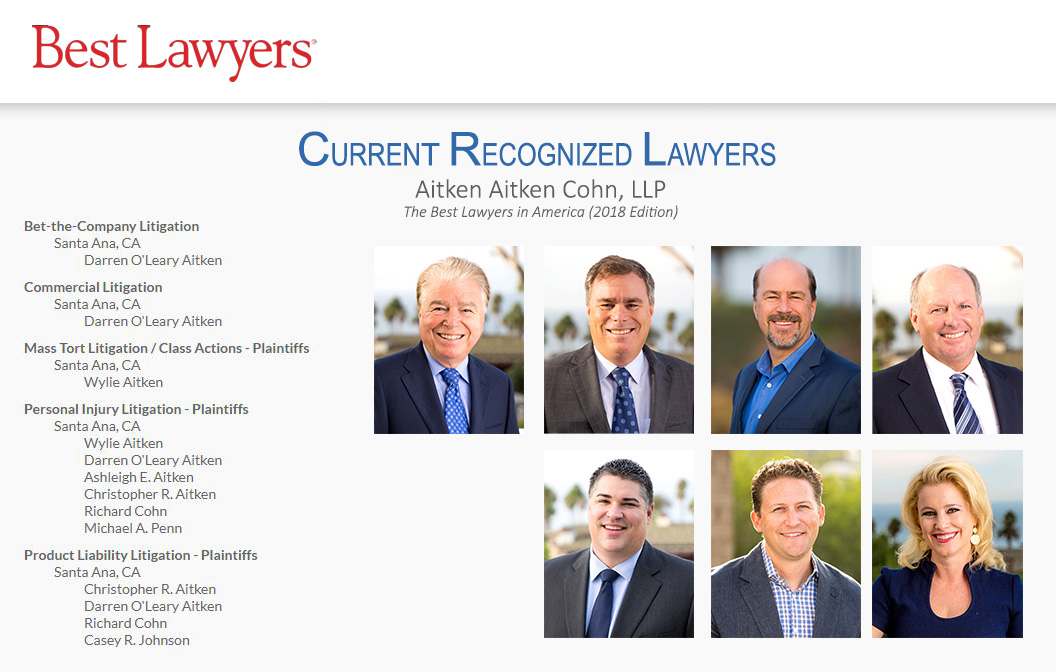 The 2017-2018 Best Lawyers® in America have been announced and Aitken Aitken Cohn attorneys have once again dominated the list!

Some more specifics on this year’s accomplishment:

Best Lawyers® is one of the oldest and most respected peer-review publications in the legal profession, widely regarded by both clients and legal professionals as a significant honor. With all of our firm’s qualified attorneys making the prestigious list once again, Aitken Aitken Cohn is honored to be held in such high regard by our clients and colleagues.4