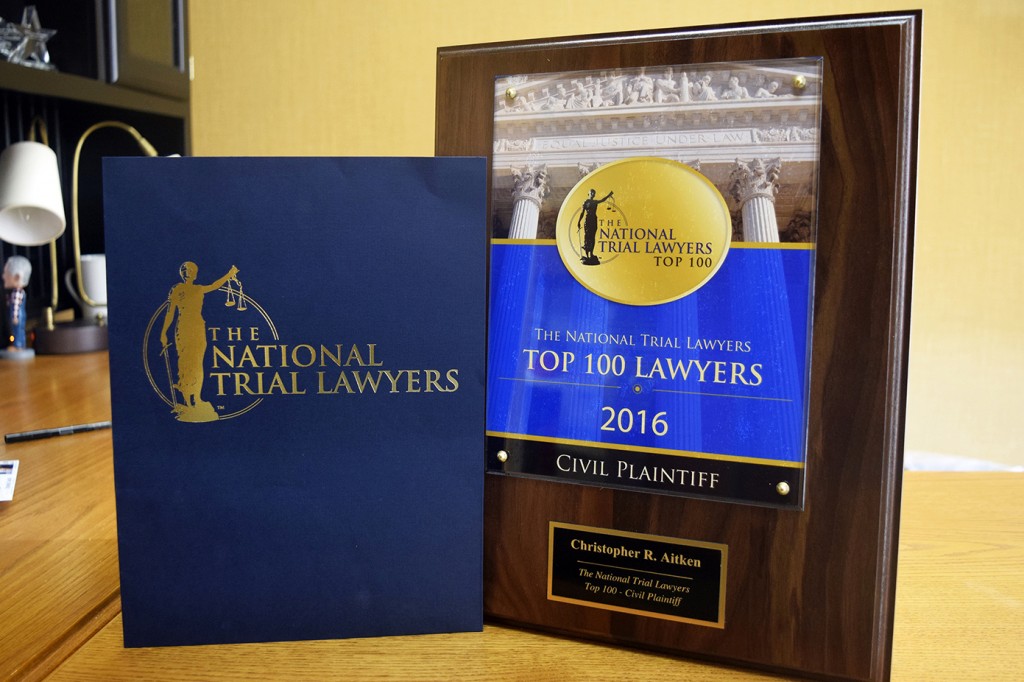 Congratulations are in order for Partner Chris Aitken who was recently selected as one of the Top 100 Lawyers in California by the National Trial Lawyers! This comes as Chris’ fourth awarded recognition this year, including his Super Lawyers, Best Lawyers in America and Top Lawyers of the Inland Empire awards.

The National Trial Lawyers: Top 100 only accepts the premier trial lawyers of the nation – the best of the best – into their fold. Their selection process is based on a rigorous and extensive multi-phase process which includes peer nominations and third-party research. Membership is obtained through special invitation and is extended only to those attorneys “who demonstrate superior leadership, reputation, influence, stature, and public profile.”

Chris joins founding partner and father Wylie Aitken in the National Trial Lawyers Top 100 list. Wylie was invited to join the ranks back in 2011.