CASE DESCRIPTION:  The wrongful death of a 34 year old man and severe facial disfigurement of his wife from the dislodgment of a metal cleat from Disney’s Sailing Ship Columbia. This case, later named the “Columbia” incident, sparked a national debate on the safety of theme parks. The Los Angeles Times Estimates the case settled for $25,000,000.  Additionally, this matter brought about several theme park regulations into California law. Settlement Confidential.

This case involved the wrongful death of Luan D., 34 year old Microsoft Computer Programmer, who was struck by a metal cleat that detached from a signature Disney ride, the Sailing Ship Columbia, in front of his wife and two children.  Lieu V., Luan’s wife, was also struck by the metal cleat and she suffered severe facial injuries.  The “Columbia” incident, as it has later been called, sparked a national debate over the safety of our theme parks.  Particularly, in California, the Columbia incident led to changes in our California legal system through legislation specifically designed to ensure independent inspection of theme parks, such as Disneyland.  The legislation also provided mandatory inspection by Cal-OSHA which has been determinative in three recent incidents at Disneyland including two workers falling from scaffolding at the Disney California Adventure, various individuals being hurt on Space Mountain and a young boy suffering brain damage from the Roger Rabbit Ride.

The Columbia incident also changed police response to accidents in Disneyland due to a 4 ½ delay by the Anaheim Police in investigating this tragedy.  This incident caused major embarrassment to the Anaheim Police Department which has since implemented a full time employee at Disneyland.  This incident happened to a tremendous family who were celebrating their lives and introducing their grandchild to the self described happiest place on earth.

Plaintiffs claimed that Disney failed to train its employee on the proper docking of the Columbia.  The “dockhand”, an assistant manager whose responsibility it was to secure the Columbia, had not trained on the docking procedures prior to the incident.   Plaintiff claimed that the skill required for judging the incoming speed of the Columbia is gained by experience only.  (The enormity of the forces involved during the operation of the ship is not realized until someone has been at the helm during its operation.)  Plaintiff also claimed that Disney did not require its assistant managers to be as well trained as other ride operators; yet, Disney set this manager in charge of the operations under her.  Plaintiff claimed that Disney had eliminated the working lead which was a vital cast member to ensure proper ride safety.  OSHA determined that because of the lack of training was part of training policy, Disney management should have known of its inadequacy.

Plaintiff also asserted that strong forces were applied to the metal cleat in previous operations, suggesting that less serious violations of the docking speed had occurred in the past.  The “Captain” of the Sailing Ship Columbia had admitted that he approached the dock too fast and was inattentive due to the entertaining of a young passenger while docking.  Plaintiff determined a lack of communication between the three workers of the ride – the Captain, the helmsman, and the dock hand which contributed to the incident.  Further, Plaintiff claimed that the cleat was not properly secured.  Plaintiff claimed that the Columbia suffered from wood rot which contributed to the incident.  Plaintiff alleged that the Columbia was improperly maintained and that Disney ignored various maintenance requests. 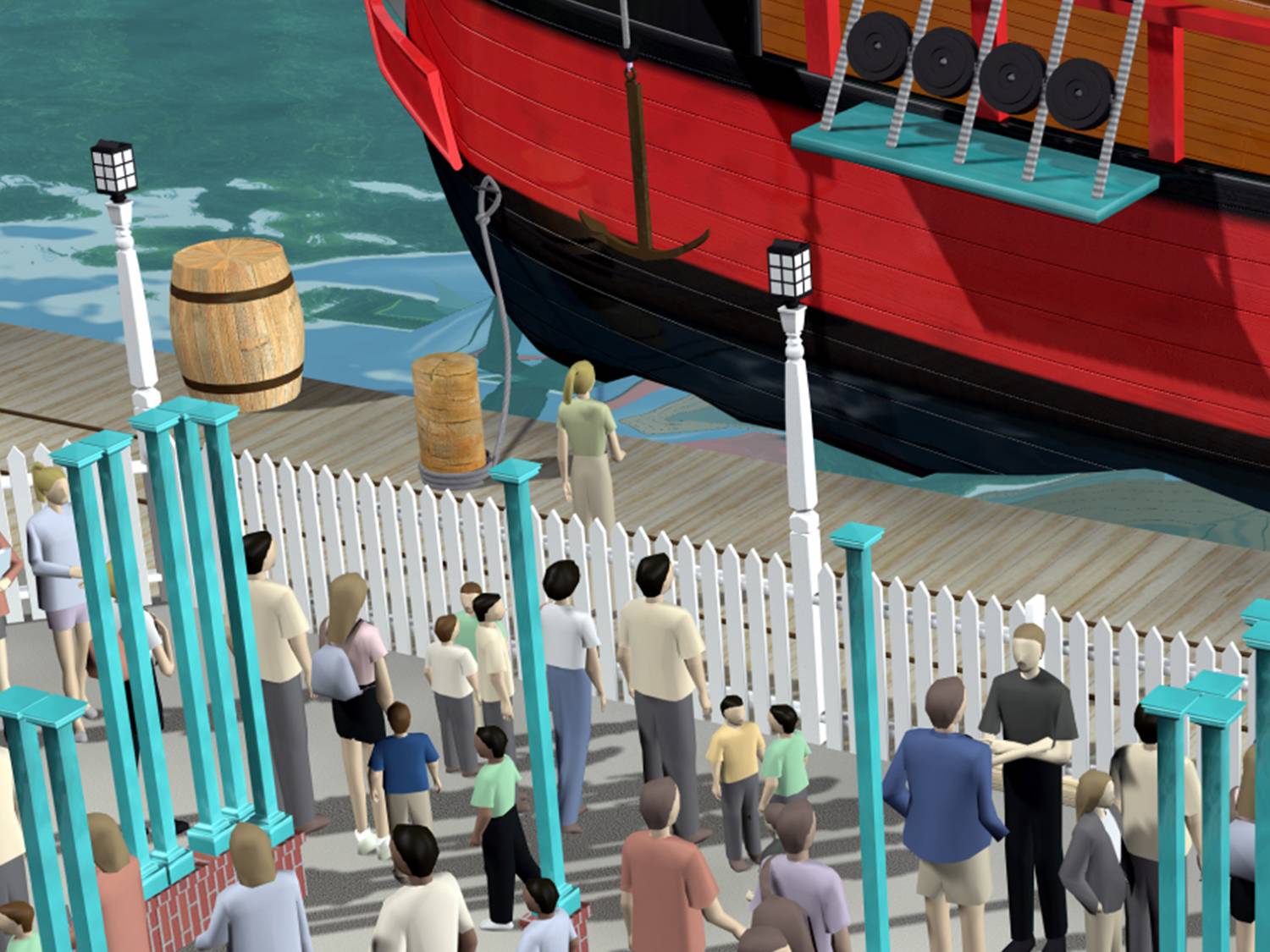 Finally, Plaintiff claimed that Disney used an improper rope to dock the Columbia.  The use of a “nylon” rope, rather than the original “hemp” rope, provided greater elasticity and breaking strength which contributed to the cleat being launched into an unsuspecting crowd.  Plaintiff claimed that Disney was aware of the breaking of its ropes yet failed to replace the nylon rope with the safer manila hemp rope.

The incident caused Kathy F., whose son David was severely injured while riding “Thunder Mountain” at Disneyland, to take a needed role in pressing for state regulation of amusement parks.  The Columbia incident” brought me out of the closet, said Kathy F.  She has also set a web site entitled saferparks.org to help ensure Park safety.  The new state law that resulted from the Columbia is now getting its first major test now as a workplace safety officials investigate two recent accident.  In one accident, two workers (represented by the Aitken * Aitken * Cohn) were seriously injured at a Disney Hotel.  In another accident, a boy was seriously injured while riding the Roger Rabbit ride.

DATE & LOCATION OF INCIDENT:  On 12/24/98 in Disneyland at Sailing Ship Columbia dock.

Antoine D. – 7 at time of incident

For Defendant – The Walt Disney Company