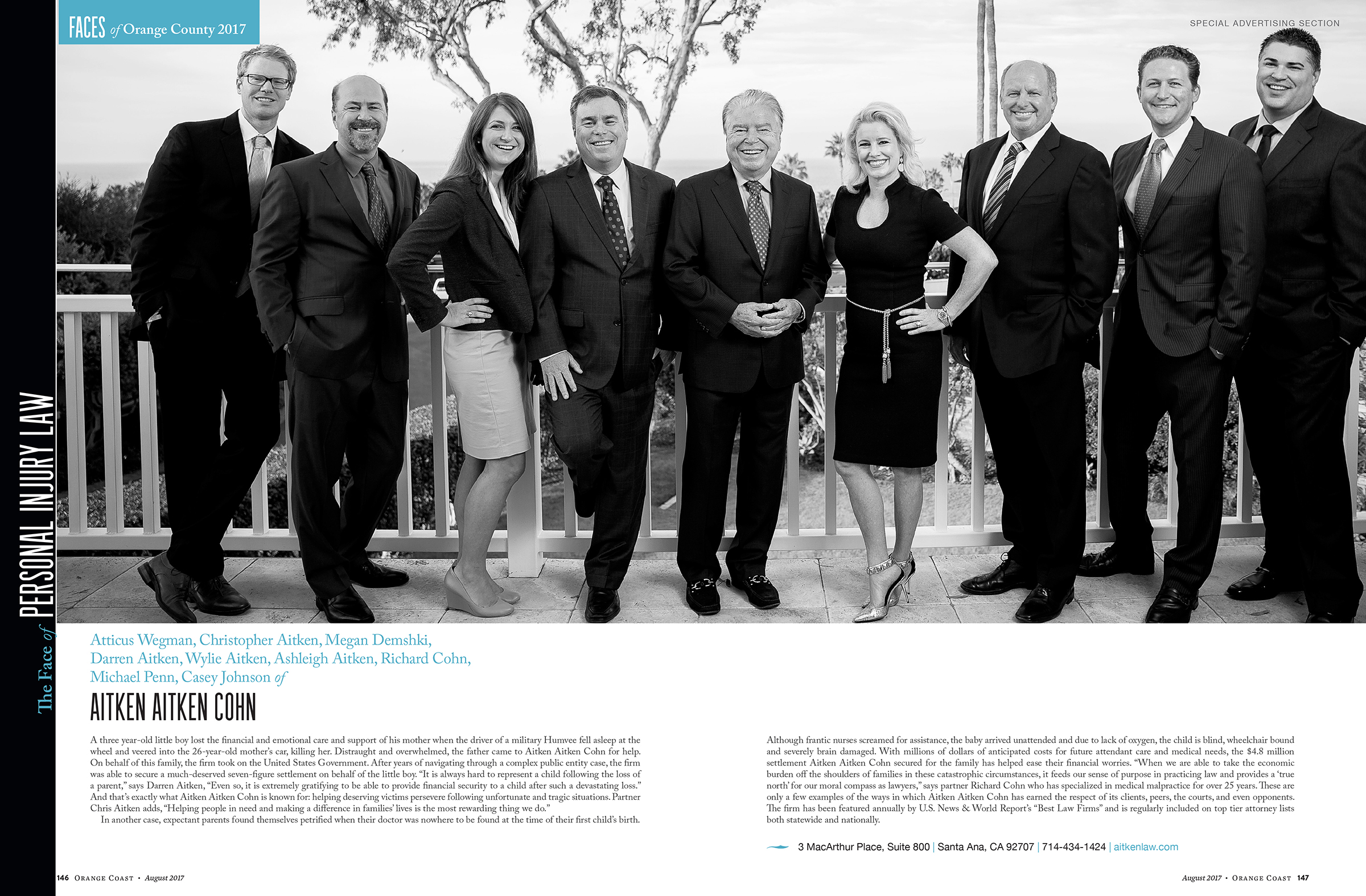 With over 3 million people and more than 90,000 businesses thriving in Orange County today, it is easy to get overwhelmed by the many choices this wonderful county offers. In last month’s August issue, Orange Coast Magazine tackles this problem by highlighting the “faces” behind the most successful businesses and how they serve the people of Orange County. We are proud to share that Aitken Aitken Cohn was chosen as the “Face of Personal Injury Law”.

The special feature focused on some of Aitken Aitken Cohn’s recent cases, where our attorneys helped deserving victims persevere following unfortunate and tragic situations, including a toddler boy who lost his mother in an avoidable accident, and parents whose first born child was born blind and brain damaged due to medical negligence during delivery. Please see the complete article below.

Aitken Aitken Cohn would like to thank Orange Coast Magazine for the feature, and looks forward to serving the people of Orange County and the Inland Empire. If you or anyone you know has been involved in a tragic accident, please do not hesitate to call our offices at 714-434-1424 for a free evaluation. 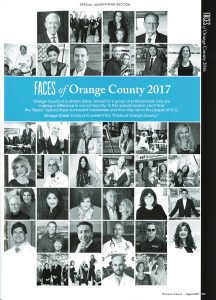 A three year-old little boy lost the financial and emotional care and support of his mother when the driver of a military Humvee fell asleep at the wheel and veered into the 26-year-old mother’s car, killing her. Distraught and overwhelmed, the father came to Aitken Aitken Cohn for help. On behalf of this family, the firm took on the United States Government. After years of navigating through a complex public entity case, the firm was able to secure a much-deserved seven-figure settlement on behalf of the little boy. “It is always hard to represent a child following the loss of a parent,” says Darren Aitken, “Even so, it is extremely gratifying to be able to provide financial security to a child after such a devastating loss.”

And that’s exactly what Aitken Aitken Cohn is known for: helping deserving victims persevere following unfortunate and tragic situations. Partner Chris Aitken adds, “Helping people in need and making a difference in families’ lives is the most rewarding thing we do.”

In another case, expectant parents found themselves petrified when their doctor was nowhere to be found at the time of their first child’s birth.  Although frantic nurses screamed for assistance, the baby arrived unattended and due to lack of oxygen, the child is blind, wheelchair bound and severely brain damaged. With millions of dollars of anticipated costs for future attendant care and medical needs, the $4.8 million settlement Aitken Aitken Cohn secured for the family has helped ease their financial worries. “When we are able to take the economic burden off the shoulders of families in these catastrophic circumstances, it feeds our sense of purpose in practicing law and provides a ‘true north’ for our moral compass as lawyers,” says partner Richard Cohn who has specialized in medical malpractice for over 25 years.

These are only a few examples of the ways in which Aitken Aitken Cohn has earned the respect of its clients, peers, the courts, and even opponents. The firm has been featured annually by U.S. News & World Report’s “Best Law Firms” and is regularly included on top tier attorney lists both statewide and nationally.