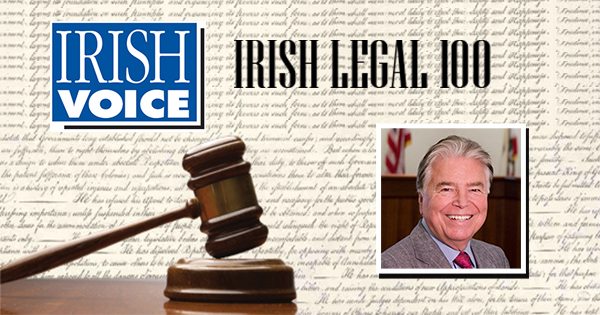 First introduced in 2009, the Irish Legal 100 honors the most accomplished and distinguished lawyers, judges, educators and politicians of Irish descent from around the country who share a passion for the law and pride in their heritage. Every year since its inception, Aitken Aitken Cohn’s founding partner, Wylie Aitken, has been named to the list, this year marking his 7th appearance.

With more than 40 years of trial experience under his belt, Wylie provides his clients with only the best service. He is nationally renowned for his results such as the $55 million settlement he secured in a personal injury case and a $25 million settlement in a wrongful death action. He is also a founding member and past president of the Celtic Bar Association.