Brain injury is unpredictable in its consequences. Brain injury affects who we are, the way we think, act and feel. It can change everything about us in a matter of seconds. The most important things to remember: 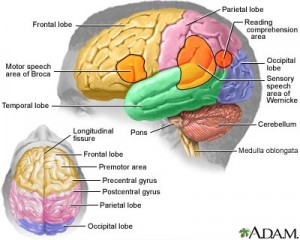 1.7 million people sustain a traumatic brain injury (TBI) each year. According to the Centers for Disease Control and Injury Prevention, the leading causes of TBI are:

To understand what happens when the brain is injured, it is important to realize what a healthy brain is made of and what it does. The brain is enclosed inside the skull. The skull acts as a protective covering for the soft brain. The brain is made of neurons (nerve cells). The neurons form tracts that route throughout the brain. These nerve tracts carry messages to various parts of the brain. The brain uses these messages to perform functions. The functions include our coordinating our body’s systems, such as breathing, heart rate, body temperature and metabolism, thought processing, body movements, personality, behavior and the senses, such as vision, hearing, taste, smell, and touch. Each part of the brain serves a specific function and links with other parts of the brain to form more complex functions. All parts of the brain need to be working well in order for the brain to work well. Even “minor” or “mild” injuries to the brain can significantly disrupt the brain’s ability to function.

When a brain injury occurs, the functions of the neurons, nerve tracts, or sections of the brain can be affected. If the neurons and nerve tracts are affected, they can be unable or have difficulty carrying the messages that tell the brain what to do. This can change the way a person thinks, acts, feels, and moves the body. Brain injury can also change the complex internal functions of the body, such as regulating body temperature, blood pressure, bowel and bladder control. These changes can be temporary or permanent. They may cause impairment or a complete inability to perform a function.

Functions of the Brain

The brain is divided into main functional sections, called lobes. These sections or brain lobes are called the Frontal Lobe, Temporal Lobe, Parietal Lobe, Occipital Lobe, the Cerebellum and the Brain Stem. Each has a specific function as described below. 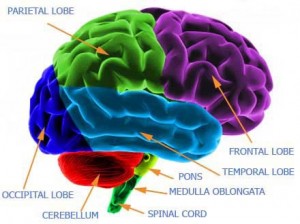 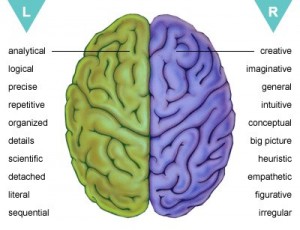 Injuries of the left side of the brain can cause:

Injuries of the right side of the brain can cause:

Diffuse Brain Injury (The injuries are scattered throughout both sides of the brain) can cause:

Orange County, California, Brain Injury Lawyer/AttorneyAitken * Aitken * Cohn has successfully represented numerous victims of traumatic brain injury (TBI) and spinal cord injury (SCI) in Orange County, California and Nationwide. The law firm has the experience, compassion, resources and results to consult the unfortunate victims of brain & spinal cord injury. For a free consultation from a nationally recognized brain injury lawyer, please contact 1-866-434-1424 or fill out the contact form and a specialist will be in touch shortly.

We invite you to visit our website by clicking on the link as follows: /orange-county-spinal-cord-injury-lawyer/. The attorneys at Aitken * Aitken * Cohn are here to help, not because we can but because we care.