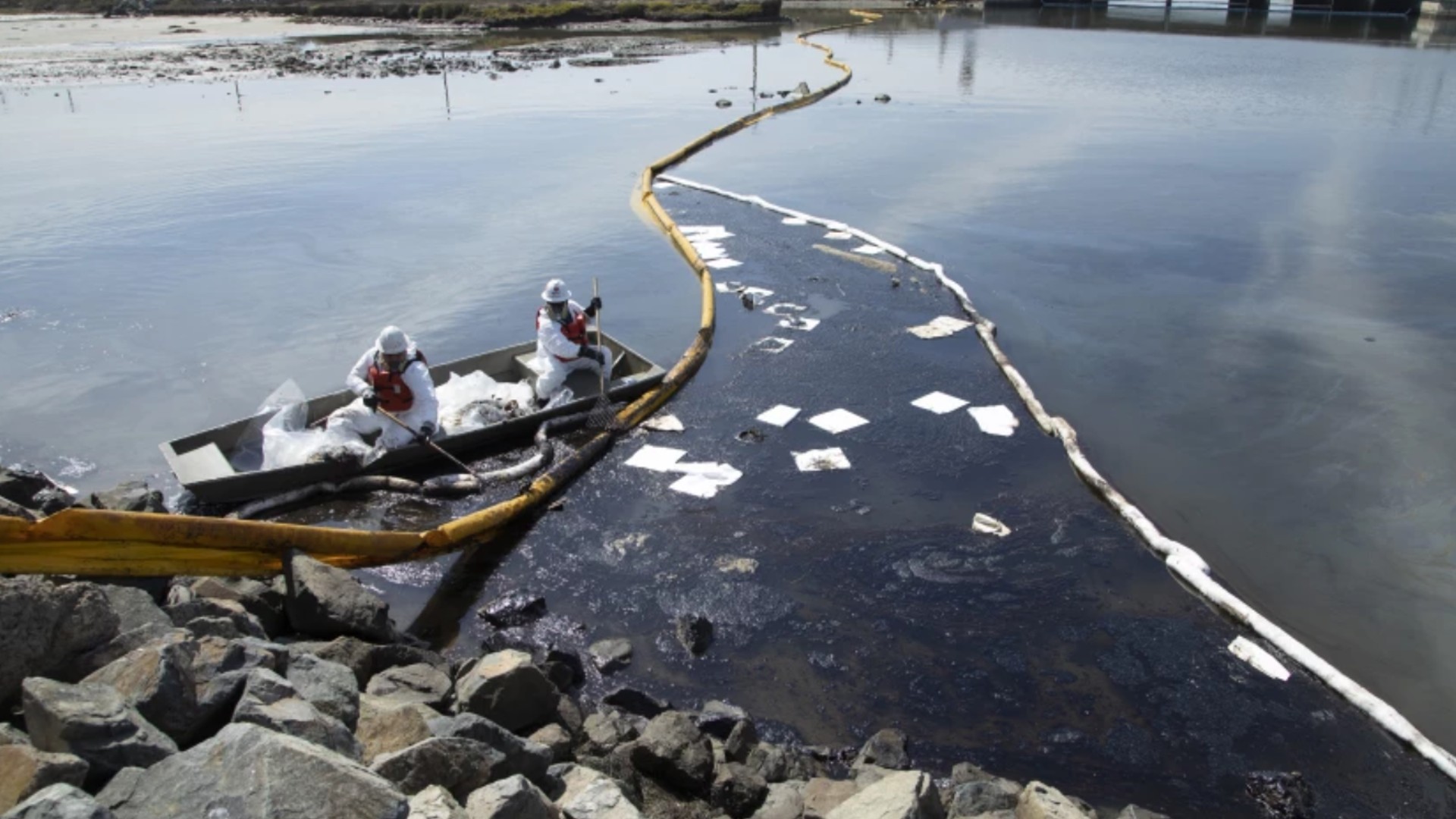 On October 2, 2021, an underwater oil pipeline located off the coast of Huntington Beach ruptured, spilling an estimated 126,000 gallons of crude oil into the ocean. The rupture created a 13-square mile slick, which deposited oil onto beaches and into wetlands. News reports indicate that the leaked oil originated from an offshore oil platform owned by Beta Offshore, a subsidiary of Amplify Energy Corporation, a Houston-based oil company. Further investigations from the U.S. Coast Guard and National Transportation Safety Board found that a ship’s anchor may have hit an oil pipeline off Huntington Beach, dragging it more than 105 feet. The oil spill had a significant environmental impact and caused interruption of upcoming activities and devastation for local homeowners and businesses, who have since filed legal action claiming financial losses.

How We Are Involved

Our firm filed a class-action lawsuit in federal court on behalf of fishermen, boat captains, businessmen, homeowners, and businesses who operate in and around the California coastal cities impacted by the spill (including but not limited to Huntington Beach, Newport Beach, Dana Point, and Laguna Beach, CA)

AAC’s trial team, led by nationally recognized trial lawyer and founding partner Wylie Aitken, joins two other powerful plaintiffs’ firms in leading the proposed class actions over the Orange County oil spill, signaling that the high-stakes civil battle will be moving forward. Our goal is to help those that have suffered substantial financial losses due to the oil spill, based on our collective successes in litigating class actions, environmental cases, mass torts, and business fraud cases.

As one of the country’s leading lawyers, Wylie Aitken brings decades of experience and billions of dollars in class action wins and personal injury and wrongful death recoveries, as well as vast local experience, knowledge and contacts from decades of work in Orange County.

Aitken told the Daily Journal, “I feel particularly honored that Judge Carter would select me as a leader. He understands my deep commitment to this county and coastline where I grew up.” He further noted, “We have an incredible amount of talent joined together to work on this case so far. I want to make sure we take all of these incredible talents and get them to stay involved.”

Amplify Energy Corp. is an independent oil and natural gas company engaged in acquiring, developing, exploiting, and producing oil and natural gas properties. Amplify owns the subsidiary Beta Offshore, which operates the 17-mile pipeline that ruptured on October 2. According to a U.S. Department of Transportation report, it took Beta operators more than three hours to shut down the pipeline after being warned by alarms that it was likely leaking – and over six hours to report the incident to the National Response Center. The Los Angeles Times reports that Amplify faces nearly 14 lawsuits filed by businesses, residents, property owners, and others affected by the spill.

The oil company has dealt with many problems leading up to the oil spill. According to the Bureau of Safety and Environmental Enforcement, Beta Offshore received warnings and over 100 citations for violations of its safety or environmental standards and issues with the oil rigs’ pressure sensors and shut-down valves, according to the Voice of OC.

If you were affected by the Orange County oil spill, fill out the form below or call one of our Orange County personal injury attorneys at (866) 434-1424 today.

“A Dispute is Brewing Over Which Firms Will Lead Oil Spill Litigation”, The Daily Journal