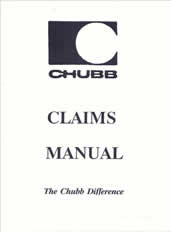 and their personal property. The home was insured by the defendant, Federal Insurance Company, one of the Chubb Group of Insurance Companies. The basic policy limits were $705,000 for the dwelling and $352,000 for its contents. If the home had to be rebuilt, the dwelling limit increased to $1.41 million and the contents limit increased 50 cents for every dollar over the basic policy limit spent rebuilding.

Two weeks after the fire, an insurance adjuster allegedly determine the loss exceeded the basic policy limits. The Schmids took steps to rebuild claiming $1.2 million to rebuild and $600,000 in personal property losses. However, a senior adjuster advised the Lewis and Judith S. that in order to cash out, they would have to accept the basic policy limits. Still they proceeded with their plans to rebuild with Federal’s consent. Architectural plans were drawn and plaintiffs’ contractor and two Federal contractors were to bid on the project 30 days after August 27, 1991.

Unfortunately several delays occurred, and the contractors bids did not come in until January of 1992. Surprisingly there was a $500,000 difference between the bids. The plaintiffs alleged that neither of Federal’s contractors used the architectural plans to prepare their estimates and they deliberately failed to bid on things such as an upgrade for current building codes or include drapes, carpets or appliances. The parties allegedly agreed to use a line-by-line form to discover where the discrepancies occurred. However, Chubb’s adjuster never gave the form to his contractors. Consequently at a meeting two months later, the insurer was still unprepared to discuss the bid differences.

In March of 1992, Federal’s adjuster paid the basic policy limits of $705,000 and demanded that the issue go to litigation, otherwise known as appraisal. The appraisal process allegedly cost Lewis and Judith S. nearly $60,000. In January of 1994, the appraisal was completed and the award was approximately $1,285,000, which was roughly the sum the plaintiff had asked for two years prior. This whole process resulted in the Lewis and Judith S. having to wait almost four and a half years to move back into their home. Subsequently the plaintiffs brought suit for insurance bad faith based on the theories breach of contract and the tortuous breach of the implied covenant of good faith and fair dealing.

At trial the plaintiffs alleged that the defendant deliberately failed to properly investigate the loss and purposely forced the issue of appraisal in hopes to get the plaintiff to settle for a lesser amount then what they were entitled. The plaintiff also argued that the defendant had a duty to make a prompt, fair, and reasonable settlement offer duty to the fact that early in the investigation, Federal’s senior adjuster knew it was a major fire loss in excess of the basic policy limits. The plaintiffs believed the defendant did everything in their ability to force the appraisal to weaken the insureds’ negotiating position because every dollar saved by the insurer on the dwelling coverage would reduce their liability on the contents coverage by 50 cents.

The defendant did not have a claims manual; however at trial during closing arguments, Wylie Aitken created a tongue-in-cheek sample of what Federal’s claims manual would be based upon his clients’ experience. He entitled chapters such as “Send the insured on a wild goose chase”; “Do an investigation that never ends”; and “Blame everything on the insured, and if that fails, blame the broker.”