What You Should Know About Railway Safety/Liability 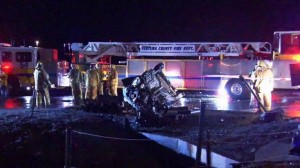 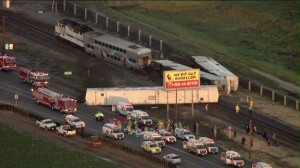 On Tuesday, February 24, 2015, The Los Angeles Times reported that a Metrolink train crashed into a truck in Oxnard, California, resulting in 28 injuries. Five days later, on Sunday March 1, 2015, ABC News reported an Amtrak train had crashed into a vehicle in Camarillo, California; no injuries were reported.

With news of the Camarillo Amtrak Train Crash and the Oxnard Metrolink Train Crash developing this past week, Aitken Aitken Cohn would like to address the issue of railroad safety and liability.

By definition, an entity that transports consumers by rail is considered a “common carrier” in California. Common carriers are liable for negligence, but are held under the law to a higher “standard of care” in protecting the safety of passengers than mere negligence or carelessness. Railroads and other common carriers (streetcars, buses, taxis, airplanes and ships) may be held responsible for accidents if the accident resulted from a failure to meet the high standard of care required. Rail carriers must use “the utmost care and diligence for consumers’ safe carriage, provide everything necessary for that purpose, and exercise a reasonable degree of skill.” In sum, common carriers are responsible for even the slightest negligence.

Railroads may be liable for injuries caused from any element within their control. This might include, for instance, a railroad crash, a slip and fall on a railroad platform, or an injury suffered from a railroad crossing. Particularly, in a railroad crossing, a railroad company and its train crew must use reasonable care to avoid injury to anyone traveling on highways crossed by the company’s tracks.

Although early reports by NBC News of the Oxnard train crash indicate the events of the accident to be merely an “accident” with no indication of negligence, Aitken Aitken Cohn is encouraged by the efforts Metrolink and Amtrak have made thus far to improve safety but hopes that progress in the area of passenger protection and well-being continues to evolve.

If you or anyone you know has been involved in a common carrier accident that they suspect may have been a result of negligence on the common carrier’s part, please do not hesitate to contact Aitken Aitken Cohn for a free case evaluation at (714) 434-1424.