Riviera Magazine features the Aitkens as a “Power Family” 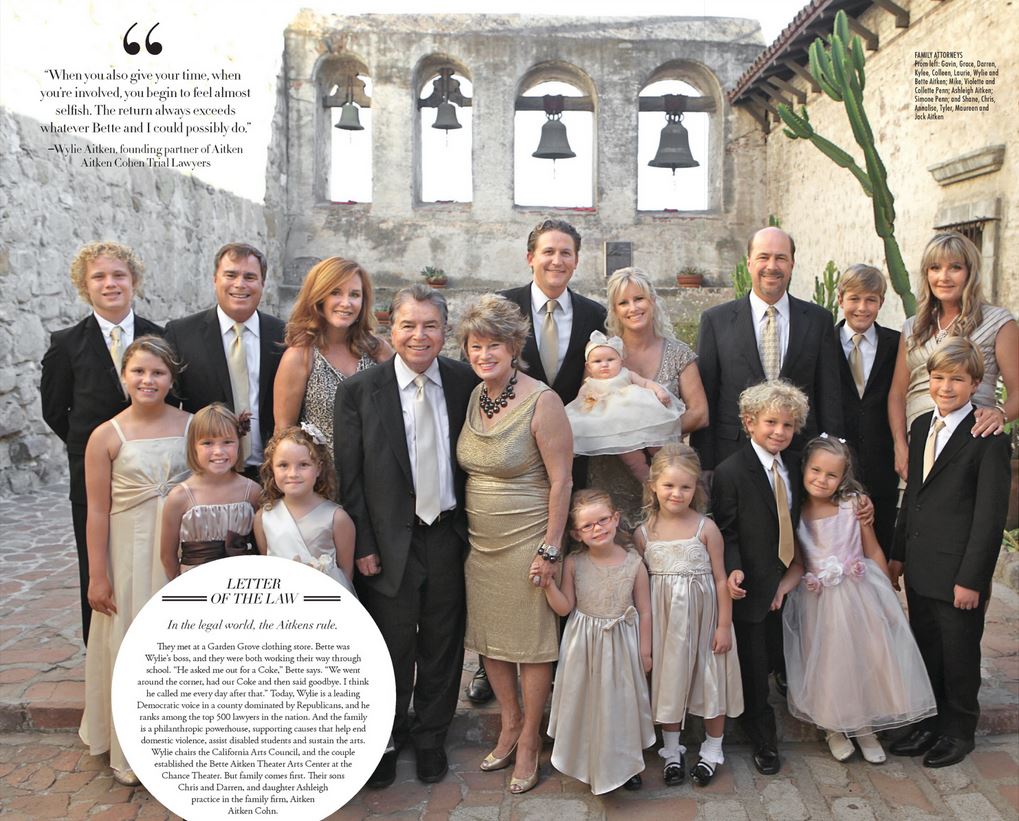 The Aitken Family is honored to have been featured in Riviera Magazine’s recent “Power Families” edition. From Olympians and film producers to philanthropists, Riviera features the top 20 most influential families in Orange County, spotlighting the Aitkens’ legal prowess along with their many endeavors in the political and charitable areas.

Fifty years after sharing their first Coke, Bette and Wylie Aitken have proudly established not only a solid family legacy, but one of generosity the community. All three of their children, Darren, Chris and Ashleigh as well as their son in law, Michael, are practicing lawyers with the firm. Accompanying the story is a beautiful photo of Bette and Wylie Aitken surrounded by their children and grandchildren.

Aitken Aitken Cohn prides itself not only on its family ownership, but on what their clients all refer to as the “family atmosphere” at the firm. The whole team at Aitken Aitken Cohn is proud to serve the community and thanks Riviera Magazine for this tribute.

Read more and check out the entire spread here