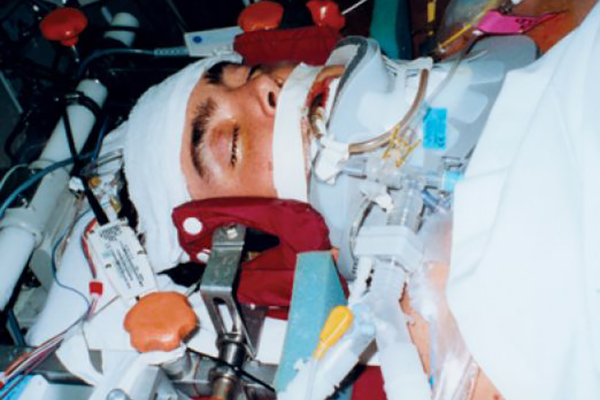 At just 24 years old, Ryan Corbin had graduated from Pepperdine University with honors, written his first screenplay and was engaged to be married. Then on a hot summer day, he fell through the roof of an apartment complex building, shattering his skull and leaving him with a permanent traumatic brain injury.

Pat Boone, famous American entertainer and Ryan’s grandfather, explains “He went up on the roof of the building in the western part of Los Angeles where he was sharing a room with two of his buddies from Pepperdine.” Ryan had gotten too close to the skylight, turned his ankle, and fell through the Plexiglas sheet, to the floor 40 feet below. Paramedics found him in a pool of his own blood, unconscious. 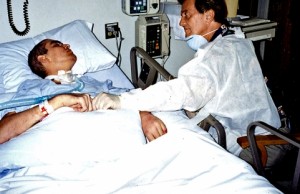 In the weeks following the accident, Ryan’s family, with the help of the media, launched a prayer campaign, in the hopes that Ryan would get better.  Prayers were answered and Ryan began making progress. Slowly, his body began to recover.

It was during this recovery time that Ryan’s family reached out to Aitken Aitken Cohn to represent Ryan in his premise liability lawsuit against the apartment building owners. After years of litigation, AAC attorneys secured a settlement of over $10 million for Ryan.

It has been 14 years since the date of the accident, and 14 years since Ryan Corbin has been able to walk properly, let alone write screenplays. He requires 24 hour care as he resides with his mother and step-father, Lindy and Mike Michaelis, and brother Tyler Corbin. His father Doug Corbin, and grandfather Pat Boone, have also worked around the clock to provide Ryan care and support these past years.

Ryan is only one of millions of people whose lives and whose families’ lives have been drastically changed by a traumatic brain injury. His story, along with others, serves as a reminder that traumatic brain injuries can happen to anyone at anytime. Knowing that many families are not fortunate enough to have the vast financial resources necessary for 24 hour care, Aitken Aitken Cohn has partnered with Ryan’s Reach, the non-profit organization created by Ryan’s family to help other brain injured individuals and their families. 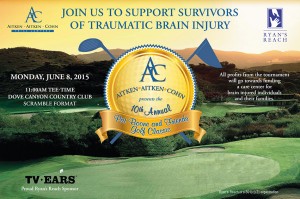 Aitken Aitken Cohn and Ryan’s Reach would like to extend an invitation to all those interested in participating in the annual event and supporting a great cause by signing up here.