$2,650,000: 10 Year Old Boy Suffers A Traumatic Brain Injury After Falling Through Skylight; Settles for Over $2.5 Million 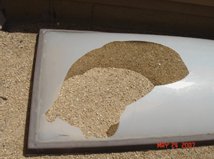 CASE DESCRIPTION: Plaintiff, Garrett P., age 10, by and through his guardian ad litem Mark P. filed a suit against the Defendants RAC Properties, et al., who were the building owners during that time.  Mark P. suffered a life altering traumatic brain injury after falling through an allegedly defective skylight on RAC Properties premises.

On May 3, 2007, Garrett P. was visiting Kenny’s Music in Dana Point.  The young boy made his way to the roof of the Defendants’ building and up a staircase designed for roof access.  The staircase to the roof was created, in part, for access to a rental unit that was owned and leased by the Defendants.  Due to this fact, a walking path was created to the rental unit.  In close proximity of the path, there is a free standing skylight separated by a railing, to Code, that created the path to the rental unit.  The skylight itself had no protective enclosure surrounding the unit. Garrett P., a child, was attracted to the various items stored near the skylight including chairs, drawers, and tables.  Mark makes his way to this area and accidently steps onto a flat portion of the skylight.   Upon Garrett’s encounter with the skylight, he looses his balance and falls right through, hitting his head on the ground.  There were no direct eyewitnesses, but a retail tenant employee indicated that Garrett may have been jumping on the skylight.  Subsequently, he suffered a traumatic brain injury from the fall.  Plaintiff Garrett P. was initially treated at Children’s Hospital of Orange County at Mission from May 3, 2007 to June 7, 2007.

Plaintiff contended that the skylight itself had no protective enclosure surrounding the unit.

Garrett P. went to the roof of the defendants’ building.  Garrett was attracted to the various items stored near the skylight, inclusive of chairs, drawers and tables. Garrett made his way over to the skylight area and accidentally stepped on a portion of a flat skylight. Garrett’s encounter with the skylight caused him to lose his balance and fall directly through the skylight.  Garrett fell eleven (11) feet wherein his head struck concrete, causing a major head injury.

SETTLEMENT NEGOTIATIONS: The matter was settled after a mediation session in front of Jay Horton at Judicate West.

INJURIES: Garrett Poore, now age twelve (12), has suffered a variety of injuries, including, but not limited to: