The Law Offices of Aitken*Aitken*Cohn: A Plaintiffs’ Trial Firm Making A Difference For Individuals and Businesses 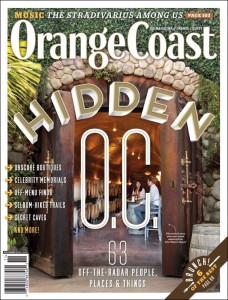 Ryan, the grandson of singer Pat Boone, went to the top of his apartment building to enjoy some sun prior to his upcoming wedding, when he stepped on the side of a skylight and plummeted 30 feet below to the concrete. After his miraculous survival, Ryan’s family came to Aitken*Aitken*Cohn facing a limited insurance policy, but lifetime medical needs. Aitken*Aitken*Cohn garnered over eight figures above the available insurance limits. Ryan’s family was able to use the proceeds not only for his lifetime care, but also to help countless others suffering traumatic brain injuries through their foundation Ryan’s Reach. “Helping people in need and making a difference in families’ lives is the most gratifying thing we do,” says Corbin’s attorney Chris Aitken. “We understand the trust individuals and businesses place in our firm and we work tirelessly for our clients to bring the results they deserve.”

Medical Capital engaged in a national Ponzi scheme to defraud numerous, unsuspecting families and small businesses. This Madoff-type conduct resulted in criminal prosecutions, but left financial devastation to these families’ and businesses’ assets and savings. Uncovering that these families and businesses relied on Bank of New York Mellon and Wells Fargo to oversee their accounts, Aitken*Aitken*Cohn and two additional firms fought to recover over 200 million dollars for these victims. As Wylie Aitken noted, “Without team work, we cannot make our client’s dreams a reality.” This ability to unite crucial resources is just one reason why the firm was designated the national liaison counsel for the 30 firms who recovered over two billion dollars from Toyota Motors for the unintended acceleration of vehicles.

Leilani, a happy, healthy four year-old from Costa Mesa, was rendered a ventilator-dependent quadriplegic as a result of the negligent driving of a U.S. employee. Leilani suffered through 25 surgeries and medical procedures and spent approximately 250 days in the hospital. Aitken*Aitken*Cohn tried the matter in the U.S. District Court and Leilani received over $54 million in total compensation, the highest amount ever awarded against the U.S. government brought on behalf of an individual. Darren Aitken stated, “Even though the United States had unlimited resources to fight this claim, ultimately providing Leilani with the financial resources to allow her to live a full life, was incredibly rewarding.”

These are just a few examples of the life-altering events which bring people to Aitken*Aitken*Cohn for help. This has earned the firm the respect of its clients, its opponents, and peers. The firm has annually been featured as one of the top law firms by US News & World Reports, “Best Lawyers of America,” and regularly included on top 100 attorney lists both statewide and nationally. 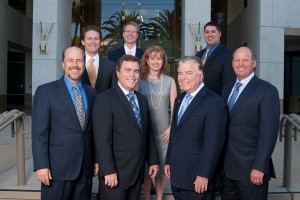