The Most Dangerous Intersections in Fullerton, CA

Fullerton is home to more dangerous intersections than any other city in Orange County.

After analyzing nine years of intersection-related traffic collisions, we found that 18 of the 50 most dangerous intersections in the county – and six of the top ten – are within Fullerton city limits.

Which intersections pose the most risk to drivers in the city?  Below is a list of the top 25. 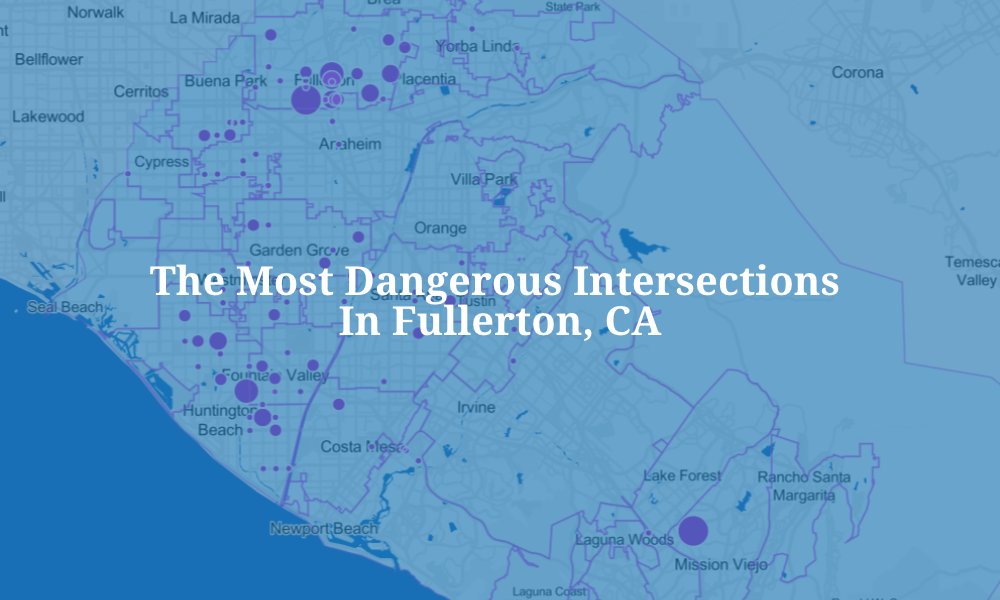 The two most dangerous intersections in Fullerton?  Euclid and Orangethorpe and Chapman and Harbor had the highest number of collisions of any crossing in the county and ranked two and three respectively in the top 50.

The four streets represented in these crossings were particularly problematic, as 15 of the top 25 in Fullerton were on at least one of these streets.

Data, Methodology and Fair Use

If you would like more information on our data and methodology, please see the full study on Orange County dangerous intersections.

If you would like to republish or share the results of our study, please provide attribution to Aitken Aitken & Cohen by linking to this page.