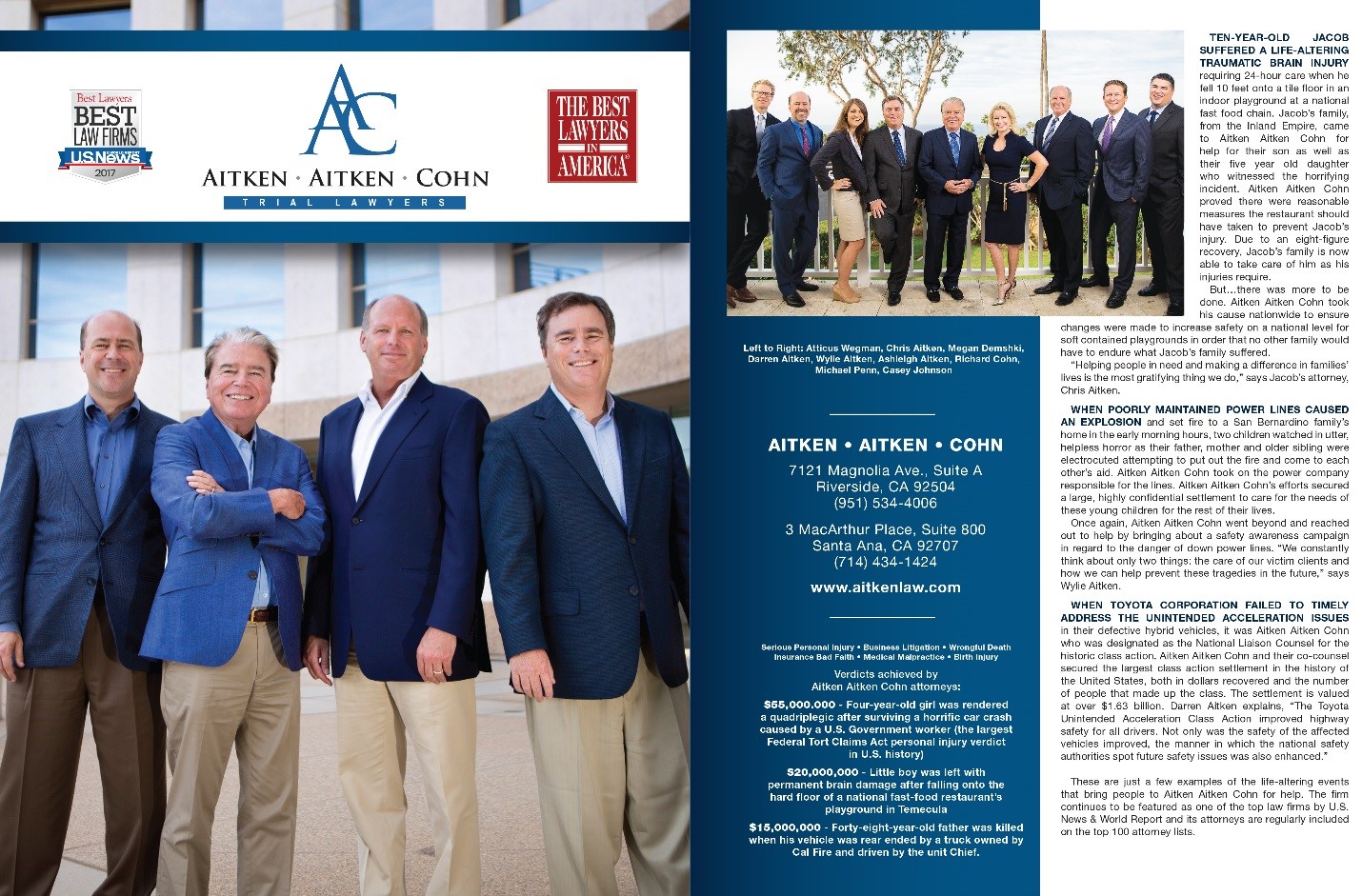 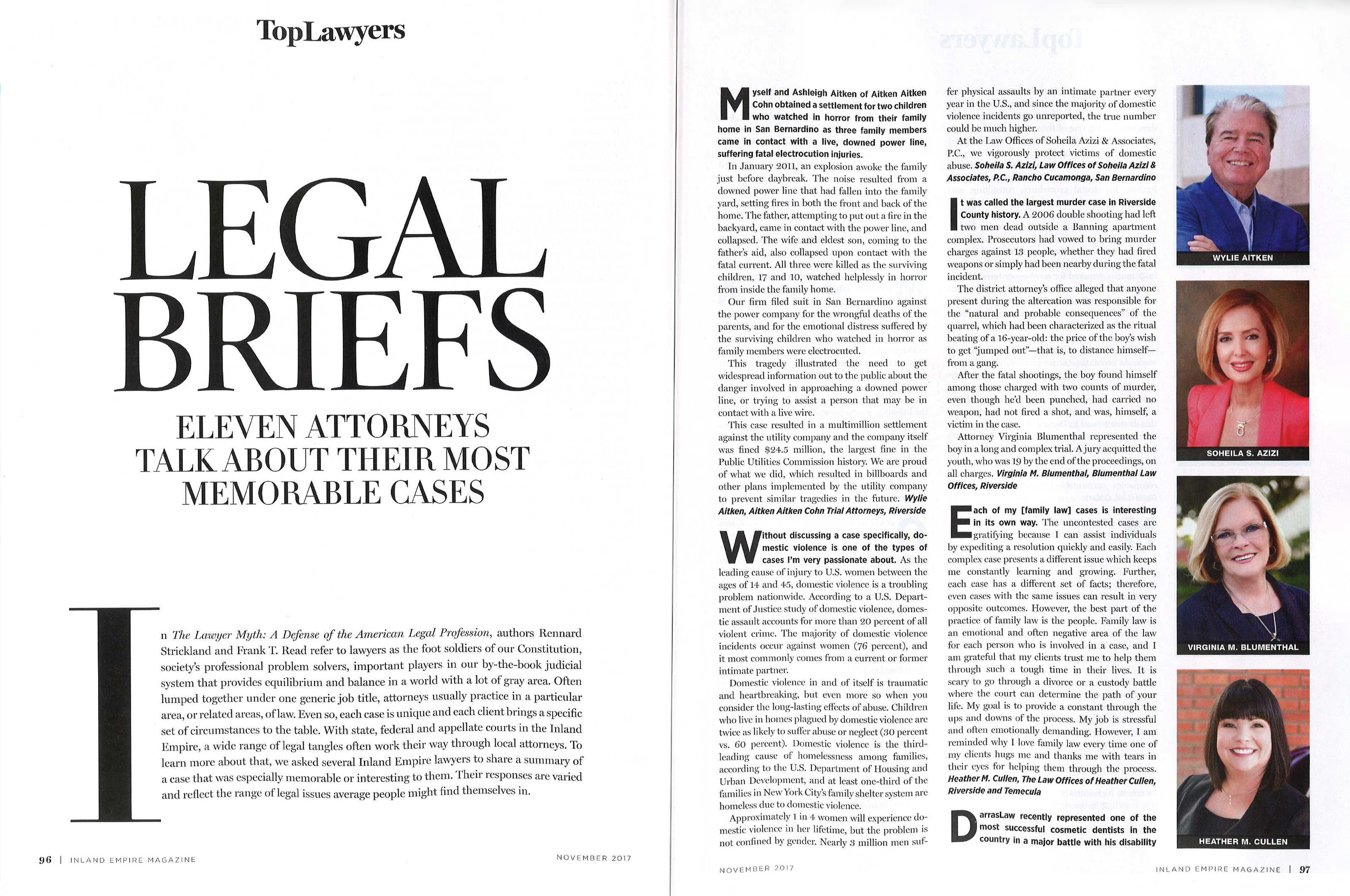 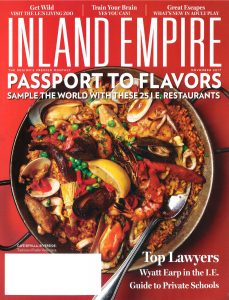 Aitken Aitken Cohn is proud to announce that all of our attorneys have been named among the Top Lawyers of the Inland Empire for the second year in a row! Wylie, Darren, Rich, and Casey have also been highlighted for their AV-rating on Martindale-Hubbell, a ranking reserved for only the top five percent of lawyers in the highly respected Martindale-Hubbell Directory. It is based on a variety of objective factors, including professional ability and high ethical standards. Other considerations include legal experience, judgment, communication ability, legal knowledge, and analytical capabilities.

The list was curated and published by Inland Empire Magazine and the annual edition highlights only the best Inland Empire lawyers.

Furthermore, founding partner Wylie Aitken was chosen as one of eleven attorneys in the area to speak about their most” “memorable” case. Wylie chose to speak about the case Aitken Aitken Cohn handled where two children in the San Bernardino area watched in horror as their father, mother, and oldest brother all came in contact with a downed power line which in their home’s backyard, and suffered fatal electrocution injuries.

In addition to securing a multi million dollar settlement on behalf of the two children, the case brought about the largest fine in the Public Utilities Commission history, a whopping $24.5 million against the utility company. Wylie explains, “We are proud of what we did, which resulted in billboards and other plans implemented by the utility company to prevent similar tragedies in the future.”

Originally based in Orange County, Aitken Aitken Cohn added an office in Riverside in 2016. The whole team looks forward to continuing to serve our clients in the Riverside and San Bernardino counties!

Aitken Aitken Cohn is a boutique law firm representing cases of serious personal injury – wrongful death, vehicular accidents, medical malpractice – among other areas of practice, including business litigation and mass tort. To learn more, check out our website, or call now for a free consultation at 866-434-1424.