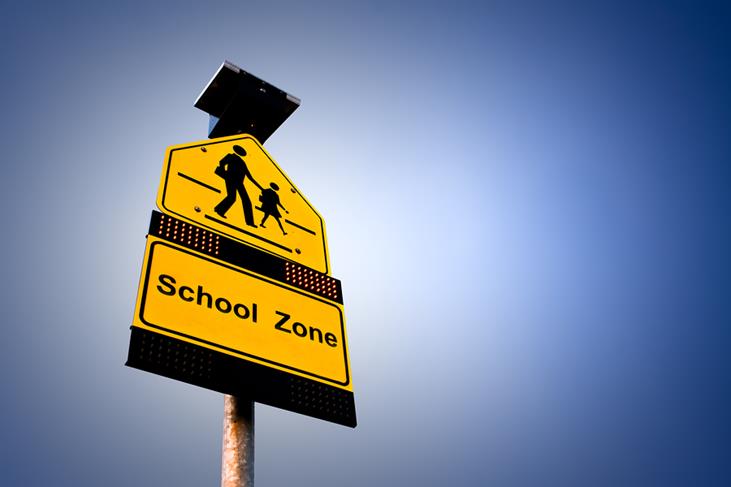 You taught your child how to be a safe pedestrian. She knows to look both ways before leaving the curb, to use crosswalks, and to obey crossing guards. Your family lives only blocks from your kid’s school, and you have every reason to trust she will arrive there safely.

But none of that matters when you get a phone call telling your child was hit by a vehicle while she was walking to school.

Data from the Centers for Disease Control and Prevention, shows that nationwide, those at highest risk of pedestrian injury or death are children between the ages of 5 and 15 and adults 65 and older.

Caltrans launched its “Look Both Ways” campaign in the greater Inland Empire in late 2017. According to their public information office, “pedestrian-involved incidents have increased over the last few years due to several factors, such as increased traffic, increased population and distracting cell phone usage by motorists and pedestrians.”

In November 2017, Southern Californians learned that even public safety officers can make dangerous and deadly mistakes. In a single day, a Riverside County deputy sheriff struck and killed a fifteen-year-old in Perris, and in Los Angeles County, another deputy crashed into a mother and two children after colliding with two other vehicles. The young boys died, and the woman sustained serious injuries.

These incidents occurred outside school zones, but is your child’s daily route any safer?

Poor lighting conditions are major contributors to many vehicle vs pedestrian incidents, and fortunately, children usually walk to and from school during daylight hours. No matter the conditions, however, we expect drivers to use caution, especially in areas designated as school zones, even though those expectations might be in vain. Sometimes, though, a driver’s ability to safely operate her vehicle is hindered by factors beyond her control.

A Safe Kids Worldwide study reported that there were no marked crosswalks in 30 percent of surveyed school crossings, and only 40 percent of observed school crossings had posted 20 mph speed limits. According to the National Highway Traffic Safety Administration, there is a drastic reduction in pedestrian fatalities and severe pedestrian injuries when speed limits are reduced to 20 mph from 25 mph.

Who is responsible for installing and maintaining school zone markings? In some municipalities, this is a contentious issue. Transportation agencies, school districts, city councils, and county commissioners often disagree on responsibility when it comes to funding school zone safety programs. This problem is compounded when traffic patterns change, requiring new metrics for timing nearby traffic lights or comprehensive plans for improving intersection safety in areas immediately outside designated school zones.

Adults often forget that small children have a limited ability to see over large utility boxes and landscaping plants. Drivers making turns at intersections might not be able to see oncoming traffic or pedestrians due to similar obstructions. In the last decade, large SUVs and trucks have risen in popularity, making visibility nearly impossible when they’re parked close to an intersection. Were they within the legal parking zone? Did the city neglect to extend “no parking zones” to reflect current safety issues?

School districts select, train, and equip crossing guards to keep children safe while navigating intersections. It’s a given that some students will ignore crossing guards, and the attendant has a responsibility to stay with the children who adhere to the rules. But if the attendant leaves his post for any reason or fails to pay attention to traffic while leading his charges across a roadway, he and the district may be liable for any injuries incurred in an accident.

If the school administrators or district does not equip its crossing guards with appropriate signs, safety clothing, and training, they should be held accountable.

Safe Kids Worldwide observed unsafe driving behavior in 1 out of every 3 cars monitored at pick-up and drop-off areas. How is traffic directed through areas where children arrive to or depart from school in their parents’ vehicles? In most cases, school teachers take turns monitoring pick-up and drop-off lanes, while at the same time keeping an eye on children gathered nearby. This is a distracting environment for drivers, faculty, and children, especially in inclement weather when visibility is low and students are rushing to avoid the rain.

When a child is struck by a vehicle on school property, a number of parties might be liable:

Drop-off and pick-up areas on school property also impact public roads. If transportation officials neglect to modify street traffic control protocols as a result of vehicle activity entering or leaving school property, their departments may be liable for pedestrian injuries.

Vehicle operators are accountable for keeping their car, truck, bus, motorcycle or bicycle in control at all times, and for heeding traffic signs and signals. Nevertheless, drivers speed in school zones, divert their attention to personal electronics and allow themselves to become distracted by passengers or other stimuli.

A spilled coffee, a glance backward at a crying toddler, or an answered text can have tragic results, especially when large numbers of children are in a negligent driver’s path. Drivers late for work, too tired to safely operate a vehicle, or driving while under the influence are among the hundreds of vehicles passing through your neighborhood school zone each weekday.

On-campus traffic duty is a serious responsibility requiring more training and authority than is typically given to faculty traffic monitors, and most crossing guards are volunteers lacking the physical skill and mindset to convey authority. College and university campuses employ safety officers to protect their adult students. Our young children deserve the same consideration.

Whether your child was injured while walking to school or heading to the bus stop, their injuries might impact the rest of their life. Your insurance alone probably won’t cover the long-term costs of the most common serious injuries associated with pedestrian versus vehicle accidents.

If your child is hurt, take them to the hospital right away. Next, call us at (714) 434-1424 for a free consultation. Aitken * Aitken * Cohn is experienced in handling pedestrian injury cases in Orange County, Riverside County, and the Inland Empire. Your job is to help your child recover; let us identify those liable for her injuries and stand up to protect her future.