In September Wylie was interviewed by OC Register Magazine about his passion for the Arts. This article covers Wylie’s love and faith for the Arts and even his favorite restaurants. 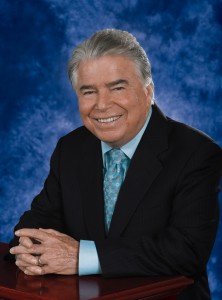 Wylie Aitken’s infectious personality and love for the arts precedes him. He currently serves as the chair of the California Arts Council and exhibits a true passion for the cause. Entering his term with California ranked lowest in arts funding among all 50 states, the celebrated lawyer and philanthropist has made it his mission to press lawmakers for a bigger piece of the pie, with the governor adding $5 million in funding to the California Arts Council in June.

Balancing work and service to the arts (he and his wife Bette generously support and serve on boards and as trustees for many of OC’s top cultural and educational institutions), Aitken still found time to speak with us this month about his favorite restaurants, his love for theater, and the day he’ll know it’s time to retire.

My Orange County Connections/// Began in high school. A young Midwest kid with Tom Sawyer/Huck Finn years in Kansas, I still marvel at the beauty of the OC and its land of opportunity.

My favorite local restaurant/// any restaurant which matches good food with a friendly, homey atmosphere. Bluewater Grill, Antonello’s and Zov’s come to mind.

Over the course of my career, one thing I’ve learned is/// Remember where you came from, your humble roots and don’t buy into your own publicity even when it’s in OCR Magazine

My perfect lazy Sunday/// what’s lazy? But when it happens it’s my wife Bette and I with no agenda, such as the time we decided to see a movie and came out of the theatre three movies later.

Nothing makes me laugh as hard as/// our grandchildren. “Kids say the darndest things” – does anyone remember Art Linkletter?

My proudest moment/// Was when Bette and I celebrated our 50th anniversary and we were surrounded by our three great children, their spouses and eleven grandkids.

My goals as the chair of the California Arts Council/// To begin to correct the worst public policy decision made in my lifetime: taking Art out of the California schools, and gain funds for the Arts, an easy thing to do when you start out in last place among the 50 states.

I believe in art because/// It’s transformational – whether it is fine art or the performing arts. It’s an enriching shared experience. It opens the eyes of the young and reminds the mature of their “humanness”.

I’ve always wanted to/// Be an actor. I love doing plays, when public schools did plays, although it’s a tough way to feed a family. But being the first in my family to go to college, I chose law. My friends think as a trail lawyer I am an actor playing to small audiences of twelve.

I admire/// Those who devote themselves to public service, those willing to take risks to help others. Those who have forgotten the word “I”.

My favorite Orange County secret/// The Chance Theater in Anaheim. A proud band of actors and directors who, on a shoestring budget, have brought a spark to the OC, in the great tradition and history of South Coast Repertory.

The key to my success is/// Being myself and willingness to take chances, to not be afraid to fail and hopefully to have made a difference.

My next big project dream/// To write the next great American novel and when it’s chosen to be a major motion picture to insist I get a good character role.

One question I wish you’d asked/// When do you plan to retire or slow down?

When do you plan to retire or slow down?/// On the day that I get up in the morning, walk to my car, and feel badly about going to work. I’ve never worked – I just go to the office to have a great time. I love my profession and when the love fades so will I.