Aitken Aitken Cohn is proud to announce Founding Partner Wylie Aitken has been selected by the Orange County Business Journal to their coveted OC500 list. The OC500 is the Orange County Business Journal’s annual list of the 500 most influential people in Orange County. Honorees range from top executives at the largest publicly traded or privately held companies to up-and-comers, as well as a diverse group of governmental, philanthropic, religious and other civic representatives who contribute to the community of business.

For over 40 years, Wylie has focused his practice on fighting on behalf of victims wrongly involved in serious personal injury accidents and business litigation lawsuits. Given the nickname, “King of Torts”, by the OC Business Journal, Wylie is known for his ability to be both a “deal maker” achieving results for his clients, as well as a “game changer”, aggressively fighting and changing laws to make the world a safer place to live. Wylie’s OC500 profile listing is shown online here. 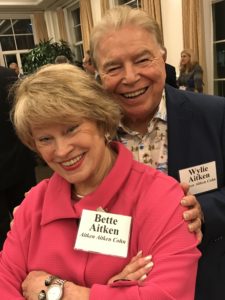 Wylie is active in the business and civic community and is well-known for his and his wife, Bette Aitken’s philanthropy. He is on the boards of Chapman University, the South Coast Repertory, the Chance Theater, Kathleen E. Faley Memorial CSUF Special Games, among many others.

Aitken Aitken Cohn applauds Wylie on this notable designation. The firm looks forward to many more years of Wylie influencing Orange County, and the community at large for the better.