Wylie Aitken Named to the Top 100 Lawyers in California 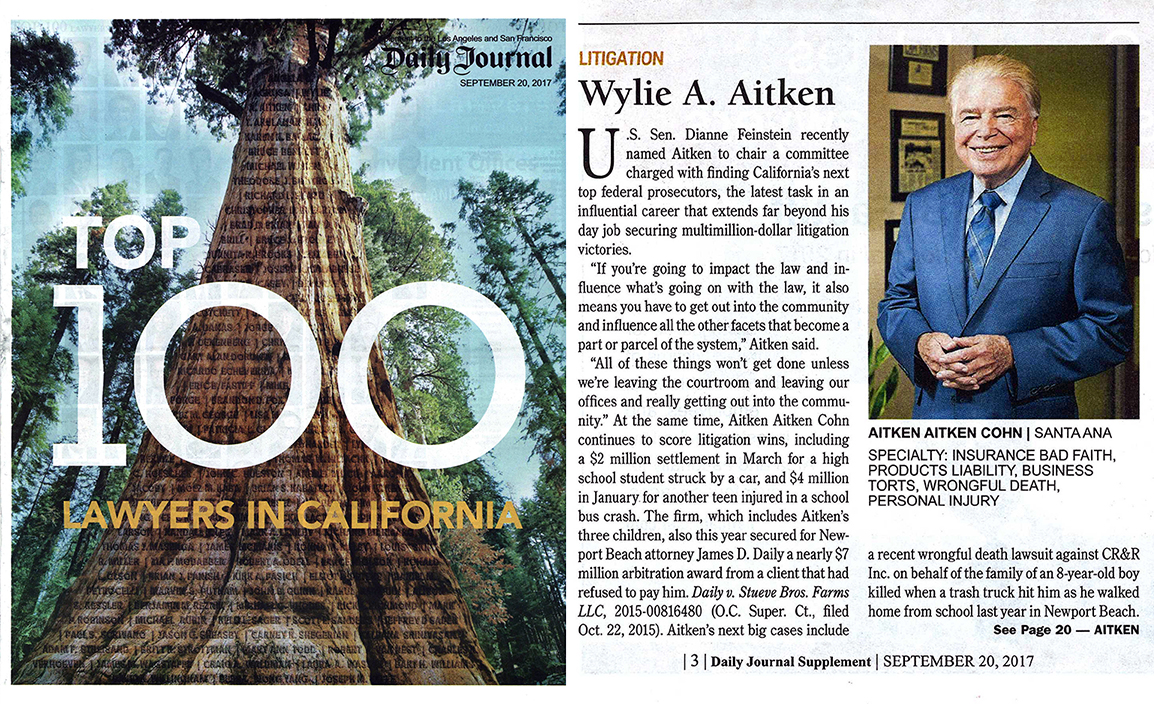 With more than 220,000 lawyers in more than 18 different practices in California, how does Wylie Aitken set himself apart?

“If you’re going to impact the law and influence what’s going on with the law, it also means you have to get out into the community and influence all the other facets that become a part or parcel of the system.”

This is just one of the many reasons why the Daily Journal has named Aitken Aitken Cohn founding partner Wylie Aitken to their annual list of Top 100 Lawyers in California! The list celebrates the top attorneys in practices throughout California and highlights the best of the best.

The feature explains that, in addition to his celebrated career obtaining significant results for his clients over the years, it is his community involvement which has led him to earn top-ranking spots in committees with power to bring actual changes to the law.

This includes his recent appointment by US Senator Diane Feinstein as Chair of the Federal Judicial Advisory Committee responsible for recommending California’s top prosecutors and federal judges to Washington D.C. He is currently serving as the Chair of Chapman University’s Board of Trustees.

The feature also outlined a sample of cases he is currently handling, including an 8-year-old child tragically killed by a garbage truck and another involving a good samaritan fatally electrocuted by a downed power line in San Bernardino, California.

Earlier this year, Wylie was named one of the Top 30 Plaintiff Lawyers in California by the same publication for the third year in a row. Read more about that accomplishment here.

We congratulate Wylie on this prestigious honor as well as all the other honorees in this year’s Top 100 list!