This piece was originally published in the February 2021 issue of OC Lawyer Magazine.

By Casey Johnson and Michael A. Gregg

The year 2020 will forever be associated with the devastation of COVID-19. Institutions throughout the country had to adapt during unprecedented times to continue to function as best they could. The California legislature was no exception. Virtual hearings, online meetings, and telephone calls replaced the personable, in-person connections that have traditionally driven policymaking in the capital. And while legislators started the year with ambitious agendas and a never-ending list of problems they sought to address through legislation, the pandemic severely limited the s scope of bills that policymakers could advance.

And while legislators were readjusting their priorities in light of COVID-19, the videotaped murder of George Floyd at the hands of law enforcement on May 25, 2020, blanketed the airwaves and sparked outrage across the country. In response, and despite the pandemic, California legislators quickly introduced numerous bills aimed at racial justice issues. 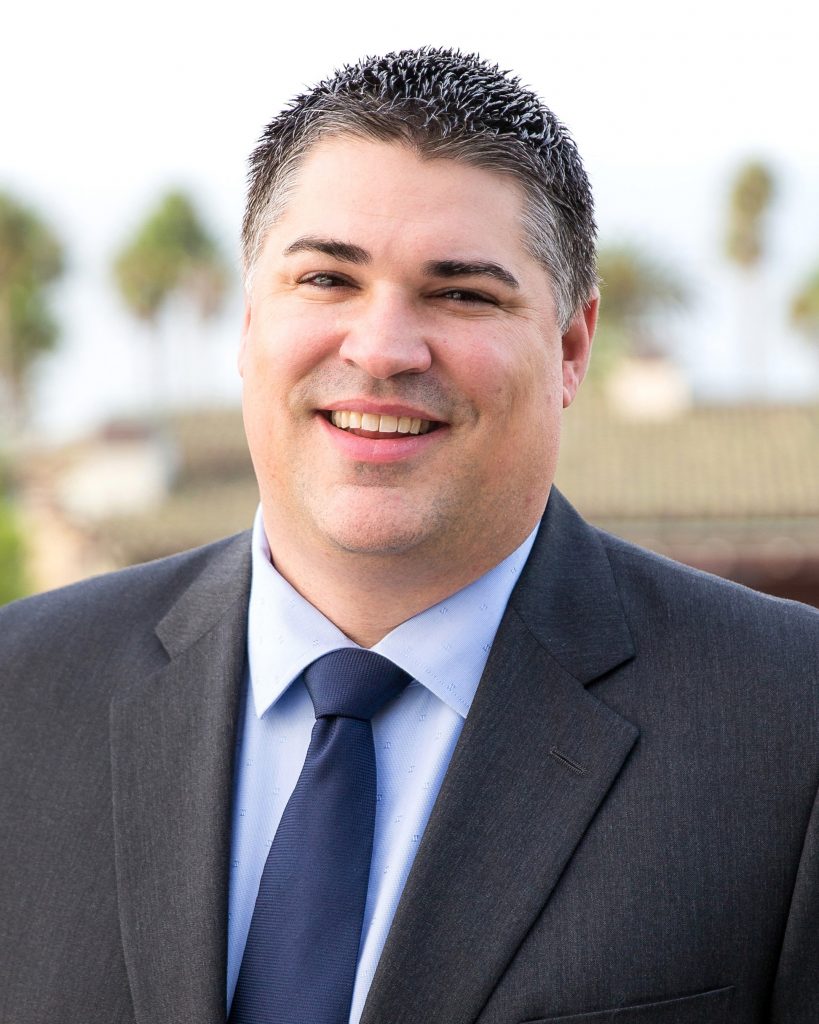 AB 2542: This bill establishes the California Racial Justice Act of 2020, amends the Penal Code, and generally seeks to address racial disparities and eliminate bias in the criminal justice system. AB 2542 amended Sections 1473 and 1473.7 and adds Section 745 to the Penal Code and creates procedures whereby a defendant can challenge a conviction, judgment, or sentence obtained on the basis of race, ethnicity, or national origin by making a showing based on a preponderance of the evidence.

AB 90: This bill amends numerous sections of the Education Code and Welfare and Institutions Code to, among other things, eliminate numerous mandatory juvenile court reporting provisions relating to truancy and insubordination, require diversion to community-based resources, and eliminate the cost to the minor’s family of a minor participating in diversion services.

AB 1185: AB 1185 amends Section 25303.7 of the Government Code to allow for the creation of an oversight board comprised of civilians and/or office of an inspector general to assist county boards of supervisors in their oversight role of sheriff s, granting the oversight board and the inspector general subpoena power to investigate a matter within their jurisdiction. These oversight boards or inspectors general will ensure that sheriff s are meeting their legal obligations to preserve peace, and are sponsoring, supervising, or participating in projects of crime prevention, rehabilitation of persons previously convicted of crime, or the suppression of delinquency.

AB 1196: This bill adds Section 7286.5 to the Government Code to prohibit the use a carotid restraint or choke hold by peace officer. than a year, and generally to no longer than two years for a felony.

AB 1506: AB 1506 creates a division within the Department of Justice to review use-of-force policies of law enforcement agencies at the request of a particular law enforcement agency and requires state prosecutors to investigate any officer-involved shooting that results in the death of an unarmed civilian.

AB 3070 prohibits the use of preemptory challenges to remove a prospective juror on the basis of the prospective juror’s race, ethnicity, gender, gender identity, sexual orientation, national origin, or religious affiliation or the perceived membership of a prospective juror in any of those groups in criminal trials. The statute expressly provides that it should be broadly construed to further the purpose of eliminating the use of group stereotypes and discrimination. The new statute also creates a procedure to be followed upon the objection of the use of a peremptory challenge on these prohibited grounds, and subjects denial of such an objection by the trial court to de novo review by an appellate court. The same provisions will apply to civil cases beginning January 1, 2026.

AB 3121: This l a w est ablis hes a task force consisting of nine appointed members to study and develop reparation proposals for African Americans, giving special consideration to people who are descended from slaves.

SB 1290: SB 1290 adds Section 223.2 to the Welfare and Institutions Code to vacate county-assessed or court-ordered costs imposed before 2018 on parents or guardians, minors or adults 21 years of age or younger relating to court ordered drug and substance abuse testing.

AB 2054: AB 2054 would have enacted the C.R.I.S.E.S. Act for purposes of creating, implementing, and evaluating its namesake Grant Pilot Program with a goal of making grants to community organizations to expand the participation of community organizations in emergency response for various vulnerable populations. Despite broad bipartisan support— the Assembly passed the bill 74-0 and the Senate passed the bill 35-2—the Governor vetoed the bill, noting in his veto message that the Office of Emergency Services was not the appropriate place for the pilot program, and vowing to work with the legislature in the future on an “implementable solution.”2

AB 2342: Introduced by Assemblyman Kevin McCarty, AB 2342 would have created a program whereby the length of certain parole periods could be reduced by a parolee successfully completing specific education, training, or treatment programs or by participating in volunteer service while adhering to conditions of parole. In explaining the reason for his veto, the governor acknowledged a shared commitment to reducing recidivism, but noted that the bill was largely duplicative of efforts already underway through a change in the California Department of Corrections’ earned discharge policy.

SB 555: Introduced by Senator Holly Mitchell, SB 555 sought to cap the amounts charged to jail inmates and juveniles in detention for telephone and other services, as well as for items sold at the county jail store, including tobacco, postage and writing materials, and toiletries. In his veto message, the governor explained he could not support the bill in its current form as he was “concerned it will have the unintended consequence of reducing important rehabilitative and educational programming for individuals in custody.”

Racial Justice Bills That Did Not Advance Out of the Legislature

SB 731: Senator Steven Bradford introduced SB 731, which ended up being one of the most controversial bills of 2020. Sponsored by the ACLU and opposed by law enforcement agencies. SB 731 would have amended the Tom Bane Civil Rights Act to clarify that a threat, intimidation, or coercion under the Act may be inherent in any interference with a civil right, and that intentional acts include those in which the person acted with general intent or a conscious objective to engage in a particular conduct. The bill would have also eliminated certain immunity provisions for peace officers or public entities employing peace officers (qualified immunity), and would have prohibited peace officers adjudicated as having committed certain crimes against justice from becoming employed as a peace officers by any other law enforcement agency.

SB 731 is one of many bills that never came up for a vote in the Assembly, many surmise due to infighting between the Senate and the Assembly stoked by the limited time the legislators were in session to consider bills during the final days, as well as the requirement that the Assembly vote in person in Sacramento, despite the raging pandemic.

AB 66: Introduced by Assemblywoman Lorena Gonzalez, AB 66 would have prohibited the use certain rubber bullets and other projectiles, as well as tear gas and other specified chemical agents, to disburse protests, assemblies, or demonstrations, with certain exceptions.

SB 144: Introduced by Senator Mitchell, SB 144 would have eliminated most fees imposed relative to the criminal justice system, including probation and diversion program, collecting restitution orders, processing arrests and citations, administering drug testing, and incarcerating inmates, and would have made the unpaid balance of such court-imposed costs unenforceable and uncollectible. The statute would have also vacated any portion of a judgment imposing such costs. SB 144 would have also eliminated the authority of the court to impose liens and make a post-trial determination of a defendant’s ability to pay for a public defender. The statute would have further eliminated the requirement that one convicted of driving under the influence pay costs associated with a certified ignition interlock device or service of said device.

Among the twelve propositions that California voters were asked to decide were a number of racial justice related measures, all of which were defeated by voters.

Proposition 25: Proposition 25 was a veto referendum bill directed at SB 10, which would have replaced the cash bail system with safety risk assessments of detained individuals awaiting trial. The proposition was defeated (resulting in vetoing SB 10) by a vote of 56.4% to 43.6%.

Proposition 20: Titled the Criminal Sentencing, Parole and DNA Collection Initiative, Proposition 20 would have made theft and fraud crimes chargeable as either a misdemeanor or felony (rather than only as a misdemeanor under current law), and would have required individuals convicted of misdemeanors that were classified as wobblers, or felonies prior to 2014, to submit to the collection of a DNA sample. Proposition 20 was rejected by California voters 61.7% to 38.3%.

Even though racial justice legislation had mixed success in 2020, it is likely that many of the same bills that failed will be reintroduced in 2021, with bill sponsors and supporting organizations hopeful that the eventual return of in-person lobbying will help change the dynamics in Sacramento. We will provide a further legislative update in coming months regarding racial justice legislation introduced in the 2021 legislative session. Stay tuned!