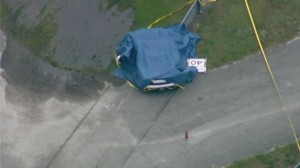 ORLANDO, FLORIDA (April 12, 2015) — A passenger in a Disney attraction Lamborghini was killed when the car spun out of control and crashed into the guardrail. Gary Terry, the 36-year-old passenger, was pronounced dead at the scene while the 24-year-old driver, Tavon Watson, was left with minor injuries.

CNN reported that the crash took place on Sunday, April 12, 2015 at the “Exotic Driving Experience” course, located at the Walt Disney World Speedway. The driver claimed he lost control of the vehicle. 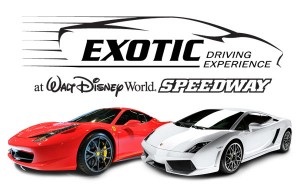 The New York Post explained, “The [car] attraction lets racecar fans be drivers or passengers in luxurious cars such as Lamborghinis, Porsches or Ferraris. For between $200 and $400, customers can drive several laps with a professional driving instructor in the passenger seat.”

Petty Holdings, operator of the track, released a statement after the crash extending her sympathies.

While investigations continue, Aitken Aitken Cohn would like to extend our deepest condolences to the friends and family affected by this incident. AAC has been intricately involved in exposing the dangers of amusement park attractions and has addressed the obligations of amusement parks, what people can do to prevent injuries, and what legal action people can take for their own redress and compensation.

Over the years, Aitken Aitken Cohn has handled similar cases against Disney including a case involving a metal cleat from Disney’s Sailing Ship Columbia dislodging and killing a 34-year-old man and severely disfiguring the face of the wife as well as a 22-year old who was killed on Big Thunder Mountain Railroad roller coaster at Disneyland after the train derailed due to faulty maintenance. AAC not only secured generous confidential settlements in each of the Disney cases handled, but also brought about several theme park regulations into California law.

If you or anyone you know has been affected or are in a similar situation, we encourage you to contact us or give our lawyers a call at (866) 434-1424 for a free consultation.