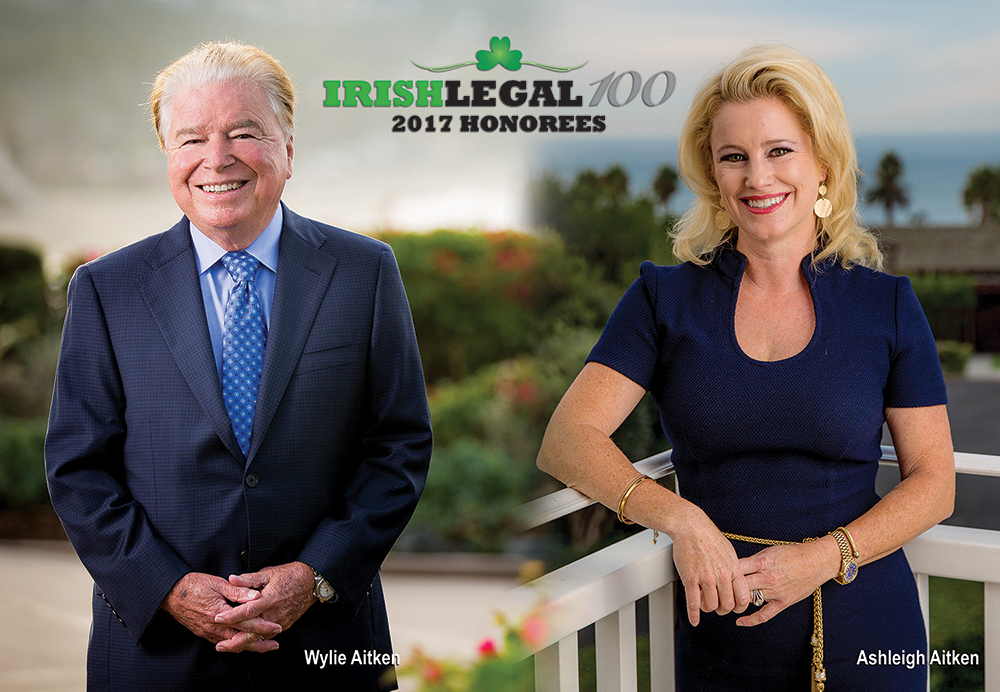 For the eighth year in a row, Wylie Aitken has been named to the Irish Legal 100 list. The annual national list released by the Irish Voice Newspaper honors the “most distinguished legal professionals in the United States who share one common bond: pride in their Irish roots.”

The Irish Legal explains that Wylie continues to garner admiration among his peers for his impact on the legal, political and arts communities. “Wylie Aitken, whether being referenced as an activist, philanthropist, or advocate, certainly has the track record to prove he fights for those suffering harm–with juries usually in anonymous agreement.”

This is also the second year the Irish Legal 100 published their “Rising Stars” list for those who have not been in practice long enough years to qualify for the 100 list. With a limited number of professionals being listed, Ashleigh Aitken was chosen for her passion of serving the community and defending victims of company mishaps. Such notable community accomplishments include spearheading the efforts to build a veteran’s memorial and a farm worker’s memorial on the Orange County Fairgrounds.

Wylie and Ashleigh are privileged to be included in the exclusive membership list that also has the United States Supreme Court Chief Justice John Roberts, Justice Anthony Kennedy and United States Ambassador to Ireland, Kevin O’Malley—and of course, incredibly proud to be Irish!