Wylie Aitken Named to the LawDragon Hall of Fame, OC500, and Irish Legal 100 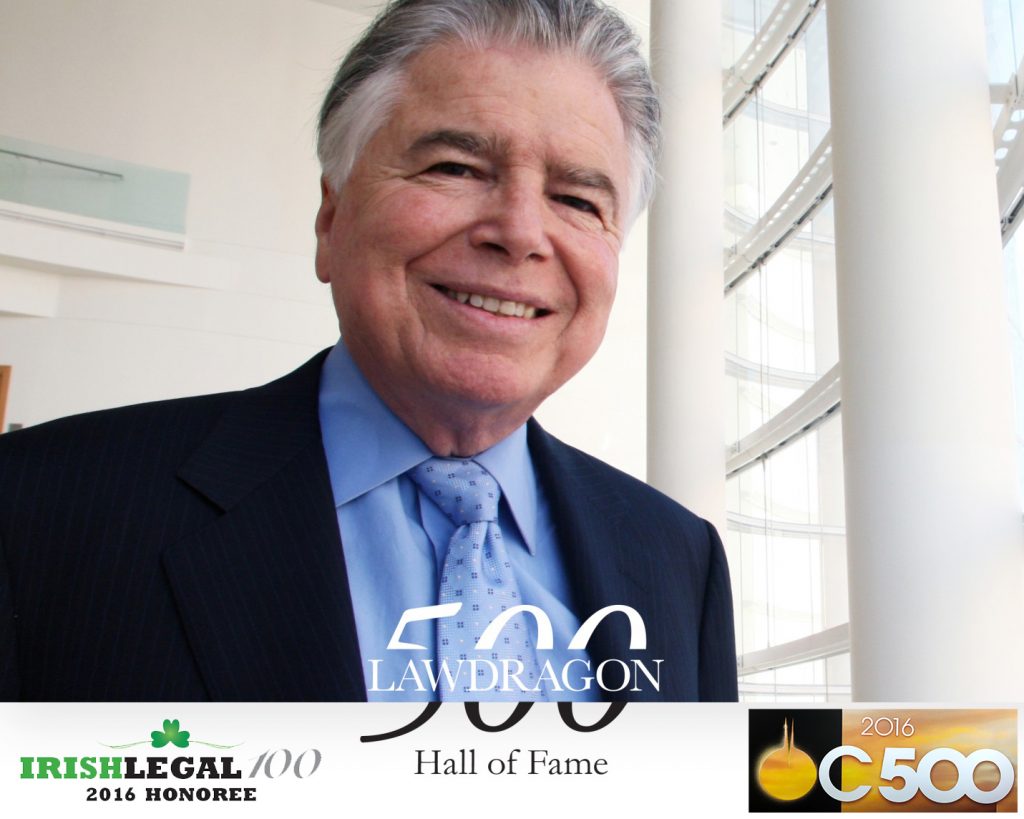 Aitken Aitken Cohn founding partner Wylie Aitken is no stranger when it comes to recognition, yet he still appreciates each new one with humbleness and gratitude. With a long-standing reputation within the legal community as a litigation powerhouse, community influencer, and mogul,  Wylie was given three prominent awards recently: inductions into the LawDragon Hall of Fame, the 2016 Orange County Business Journal’s OC500 and the 2016 Irish Legal 100.

The LawDragon’s Hall of Fame is reserved for only those who have dedicated their careers to the law. The honorees range from plaintiff lawyers who have changed the lives of badly injured individuals to powerful corporate governance experts. To date, there are only 50 attorneys that have been named to the national list; Wylie Aitken is one of them, joining the ranks of world changing attorneys and judges such as Supreme Court Justices Sandra Day O’ Connor and the late Antonin Scalia.

The OC500 is the Orange County Business Journal’s annual list of the 500 most influential people in Orange County. In a city full of technology gurus, retail giants, and national corporation headquarters, Wylie Aitken was chosen for his enormous influence in the community based on his multiple verdicts in the tens of millions of dollars, leading negotiations for the City of Anaheim in the Angels stadium lease negotiations, and for his philanthropic support of local organizations such as the South Coast Repertory, the Chance Theater and Chapman Law School.

This is also the eighth consecutive year that Wylie has been named to the Irish Legal 100 list. First introduced in 2009, the Irish Legal 100 honors the most accomplished and distinguished lawyers, judges, educators and politicians of Irish descent from around the country who share a passion for the law and pride in their heritage. The Irish Legal 100 is published by the Irish Voice newspaper.

Read more about these awards here: