Next Steps to Take After Being Injured in a Motorcycle Accident: What You Need to Know 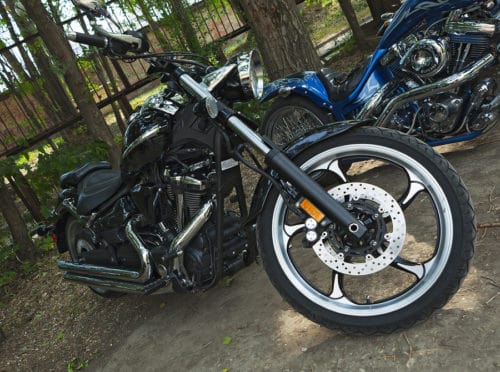 After being involved in an accident, your first step will be to assess your injuries. If you can move, you will want to call 911 immediately to dispatch emergency medical attention; this will also bring a police officer to the scene who will take a report of the accident.

Get Off of The Road

If possible, you will also want to get out of the roadway and to a safe area—such as the emergency lane—to prevent further injury. If you don’t think that you can make it to the side of the road on your own, try to make yourself visible to other drivers and wait until help arrives. Once out of harm’s way, refrain from moving as much as possible until you reach the hospital, as riding a motorcycle leaves you susceptible to sustaining head injuries as well as internal injuries.

If you are able, you will also want to gather as much information about the accident, and the other driver, as possible. If your phone survived the crash, you can use this to document information such as the other driver’s name, address, phone number, insurance information, license number, as well as their license plate number. While waiting for help to arrive you can also document what you remember of the accident, and you can take pictures of the damage. If you cannot document this information yourself, you can ask the police to document it and supply you with a copy of their report.

Once you have left the scene of the accident and are in stable condition, you will next need to begin the process of filing a personal injury claim. Unfortunately, even if it is clear to you that the other driver is at fault for the accident and should then be financially responsible for your injuries as well as for any damage sustained to your motorcycle, you will still have to prove fault to the authorities, your insurance company, and potentially a judge if the other driver does not admit fault. If you are wondering how liability is determined with California motorcycle accidents, here is a quick overview of what you need to know.

Contact Aitken*Aitken*Cohn at 866-434-1424 to learn about how you could benefit from consulting a personal injury attorney after being injured in a motorcycle accident in Southern California. Our experienced attorneys serve Orange County as well as the greater Inland Empire, and we can help you to determine what your next steps should be as you recover from your motorcycle accident.