Should a Sputtering Economy Affect How You Value Automobile Insurance?

Beginning in 2007, the world’s economic markets began to see the onset of what would later come to be known as the global economic crisis. The global economic crisis was created by a domino effect with the U.S. arguably serving as the first tile to topple.  Fast-forward to present time and many of us would say that the economy has only slightly improved, if at all.  Others might say that our economy has not improved to a workable level and thus another period of recession is on the horizon.

Articulating the various factors that influence these markets is well beyond the scope of this article.  This article will, however, provide vitally important information for individuals and companies contemplating reducing or eliminating their automobile insurance policies to save money during these depressed economic times.  While some might view this as a simple, “budget reduction” a more accurate characterization would be “walking a dangerously thin line.”  As this article will highlight, automobile insurance is a necessary expense even in tough economic times.

First party coverage refers to an insurance contract by which the insurer agrees to pay benefits directly to its insured (you) on the occurrence of a possible future event (such as being involved in an accident with an uninsured motorist).  First party coverage can found in the portion of your automobile declarations page that is titled Aunder and uninsured motorist,” “UIMBI,” “UMBI,” “UIM,” or “UM” coverage.    However, like third party coverage, to recover insurance proceeds your insurance company will still require proof of fault and either the absence of insurance for the third party (uninsured) or a third party’s policy that is insufficient to cover your damage (underinsured).  The caveat for many policies that provide underinsured coverage is that you will only be able to dip into this portion of your insurance if it is higher than the third party’s (party that is at fault) policy.

Earlier this year, the National Association of Insurance Commissioners released the results of a survey titled “Economic Trends Impacting Auto Insurance.” This study, which included responses from over 1,000 people over the age of 18 from all over the United States, found that nearly 20 percent of drivers have reduced or cancelled their automobile insurance coverage for immediate financial relief.  As you will see, this study reinforces the need to protect yourself, not for causing an accident, but for suffering injuries at the hands of another driver.  http://www.naic.org/Releases/2011_docs/economic_trends_impact_auto_insurance.htm

As individuals begin eliminating their automobile insurance policies to save expenses in this economic climate, the direct result is more uninsured drivers on our roads.  The effect of this is cause for concern as, statistically speaking, more accidents will be caused by people that have no insurance.  An additional concern is the driving habits of individuals in today’s “cell phone” age.

First and foremost, having automobile insurance is the law in California.  Pursuant to the California Vehicle and Insurance Codes, all drivers are legally required to maintain financial responsibility at a statutorily set minimum amount of $15,000 per person, $30,000 per accident (subject to exceptions for those who wish to “self-insure”).  This is a minimum requirement of coverage that one must carry in order to compensate others in the event of an accident.  Additionally, pursuant to legislation enacted by Californians, all automobile policies must provide uninsured/underinsured motorist coverage equal your third party coverage, but only up to $30,000 per person, and $60,000 per accident (unless explicitly waived).  Although many people wisely choose to carry third party coverage above $15,000 or even $30,000, insurance companies are only required to provide equal UM/UIM (first party) coverage up to $30,000.  As such, in a perfect world, if all motorists obeyed the law, all motorists would have insurance (though the amount mandated by law is oftentimes inadequate to fully protect yourself or others).  As anyone would readily admit, this is not a perfect world.

Protecting Yourself From Cost-Cutting Uninsured Motorists

Now that we understand the main differences between first party and third party automobile coverage and recognize the increased risk of uninsured or underinsured drivers in today’s economy, we must answer the question of how to protect ourselves.  The answer seems simple: increase your uninsured/underinsured motorist coverage.  In California, however, a motorist’s first party coverage cannot exceed the limits of their third party coverage.  Therefore, it is advised that first party uninsured/underinsured coverage be obtained in an amount equal to the third party, liability coverage obtained.  The reason is simple: you should insure yourself for injuries caused by others in an amount equal to what you are insuring others for injuries you might cause.  Severe injuries suffered during an accident may lead to exorbitant medical bills, lost time at work, and future medical treatment.  As such, it is important that you have adequate insurance to cover these expenses.  If not, you may be required to reach into your pocket to cover these expenses.

The following examples illustrate when underinsured motorist coverage applies.  Assume your automobile insurance policy provides for $100,000 per person/$300,000 per accident third party coverage and you do not have any uninsured/underinsured motorist coverage.  Now, if an uninsured motorist in an automobile accident injures you, you are not covered for your own injuries under your own insurance policy.  In this case, you are in a position where you have protected yourself against claims by others, but failed to protect yourself if injured by an uninsured driver.  Thus, you will not receive compensation or reimbursement for your medical bills, lost income or for your pain and suffering.

The above examples illustrate the importance of maintaining uninsured/underinsured motorist coverage at an amount equal to your third party coverage.  This is especially so in today’s economic climate accompanied by the increase of accidents caused from cell phone use.  Simply put, the fewer people with third party coverage policies who cause accidents, the greater your need for first party uninsured/underinsured motorist coverage.

Businesses Can Benefit from Automobile Insurance

Aside from protecting yourself or your company by making sure you have adequate first party coverage, there is another lesser known benefit to businesses and individuals that have automobile insurance.  This benefit is the automobile insurance company’s duty to defend you from any legal action taken by another party against you.  The duty to defend is a legal obligation on behalf of the insurance company to protect you by providing you with a legal defense to a lawsuit brought against you for acts that are insured against under your insurance policy.  This is true even if another party is claiming damages based on groundless, false or fraudulent allegations or even over-exaggerating the injuries suffered in an accident.  The law imposes an implied obligation to defend where it is not expressly and clearly omitted from the particular risk.  Moreover, the duty to defend generally applies to all types of insurance including homeowner’s insurance and commercial casualty insurance.

After a deeper look, hopefully you not only see the significant legal and financial value of automobile insurance but the increasing need to have insurance to protect yourself as much as you are protecting others. 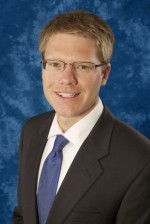