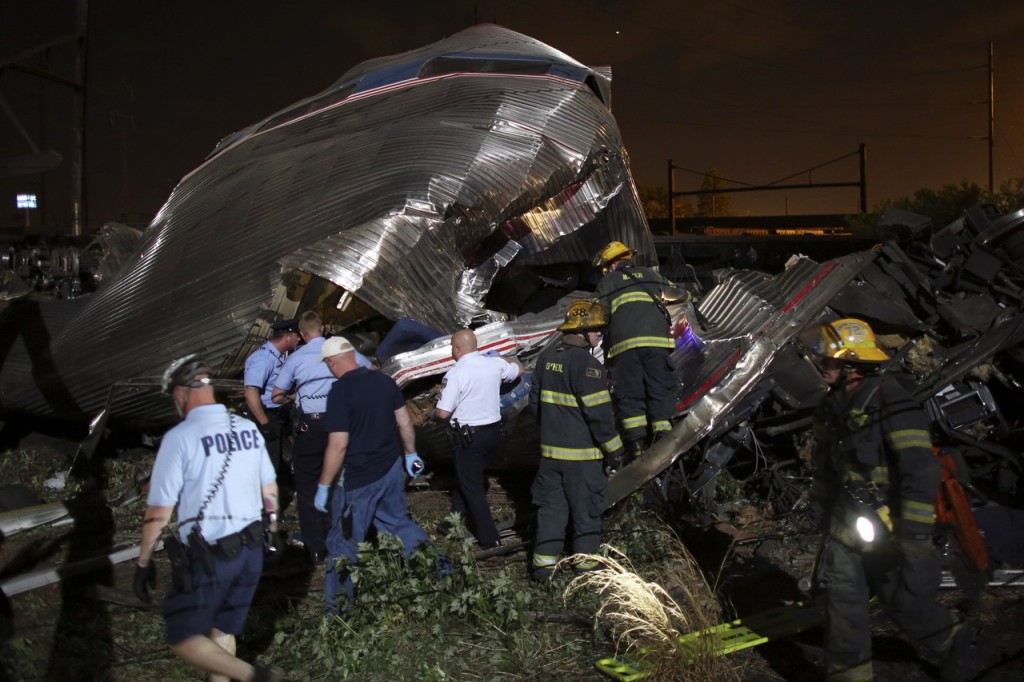 PHILADELPHIA, PA. (May 15, 2015) – An Amtrak commuter train derailed on Tuesday night, May 12, 2015, in Philadelphia, killing eight people, and injuring more than 200. The scene of the accident occurred in the neighborhood of Port Richmond at around 9:30 p.m. The train, carrying seven passenger cars, derailed after making a sharp left along a curved section of the track.

The New York Times reported that the train was “traveling at a speed of at least 100 miles an hour, twice the speed limit on that stretch of track.” Investigators have yet to determine whether the train was traveling at such high speeds due to human or mechanical error.

The Amtrak engineer, Brandon Bostian, claims to be suffering from memory loss as a result of the concussion he sustained during the crash. Bostian’s attorney shared, “He remembers coming into the curve (and) attempting to reduce speed.” There was no evidence that Bostian had been under the influence of any drugs or alcohol.

CNN reported that there have been an unusually high number of train derailments reported in 2015 alone. “Tuesday night’s derailment was Amtrak’s ninth this year, according to the Federal Railroad Administration. And it’s not just Amtrak. The FRA notes there were 35 derailments nationwide on main railways in a single month, January 2014.” These cases bring into question the adequacy of the nation’s rail infrastructure.

The whole team at Aitken Aitken Cohn is saddened to hear about this fatal incident and extends our deepest condolences to friends and family affected by the incident. As one of California’s leading personal injury law firms, we recognize the danger of train accidents and have successfully represented victims of these types of cases in the past. In 2011, Wylie Aitken and Michael Penn successfully represented 3 wrongful death plaintiffs in the Chatsworth Metrolink Collision. Then in 2008, Aitken Aitken Cohn was selected as Plaintiff’s Liaison Counsel to represent over 25 victims in the deadly train collision between a Metrolink Commuter Train and a Burlington Northern freight train on April 23, 2002 in Placentia, California.

For more information on train safety and your rights, visit us at www.aitkenlaw.com.