“Our firm motto is ‘experience, compassion, resources, and results,'” Wylie Aitken says. “Those four values guided us in our growth over the past 35 years, helping us to become a nationally respected boutique firm of distinguished trial lawyers that would protect citizens and businesses alike from predatory special interests.”

Today, the firm is known for its many multimillion dollar trial victories and settlements, in addition to a number of precedent-setting appellate decisions. In one of the firm’s most widely recognized cases, Wylie, along with his partner Christopher Aitken, secured a record breaking settlement—estimated at $25 million—after a dislodged metal cleat on an amusement park’s sailing ship ride took the life of a 34-year-old man and severely disfigured his wife. Most recently, Wylie Aitken, along with his partner Darren Aitken triumphed and attained a $55million-dollar verdict against the U.S. Government – the largest personal injuryjudgment in Federal Tort history—on behalf of a paralyzed nine-year-old girl.

In addition to high-profile personal injury cases, the firm also handles everything from business litigation and products liability, to insurance bad faith and business torts. Wylie credits the firm’s history of notable results to the commitment of its attorneys, who employ creative strategies to achieve substantial recoveries, while building direct working relationships with their clients.

The firm’s four partners are considered leaders in the legal community and have all been selected for inclusion in The Best Lawyers in America® 2012, as well as the firm itself being included in U.S. News & World Report–Best Lawyers® Best Law Firms 2011–2012. Christopher Aitken is a strong advocate for consumer safety and has been named to Super Lawyers and Rising Stars 2005-2011, a list of leading lawyers in the nation.

Richard Cohn was also recognized in the Law Dragon 500 list and is past president of the Orange Country Trial Lawyers Association. Darren Aitken, meanwhile,was named as one of the Top 50 lawyers in Orange County by Southern California Super Lawyers and currently serves as president of theAssociation of Business Trial Lawyers. Wylie has received many prestigious awards throughout his career, including The Best Lawyers in America® 2009 Lawyer of the Year award for Personal Injury Litigation. He wasrecently named as liaison counsel for thenationwide Toyota litigation concerning the unintended acceleration of Toyota vehicles. 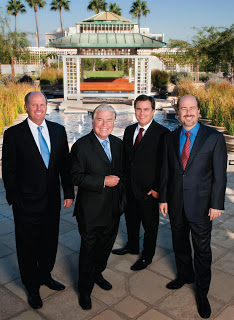