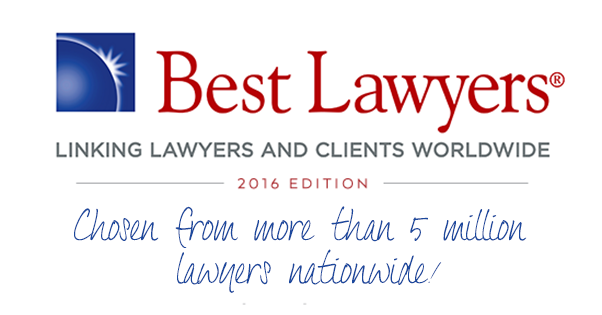 Seven lawyers from Aitken Aitken Cohn were listed in The Best Lawyers in America© 2016 edition! While Partners Wylie Aitken, Darren Aitken, Chris Aitken and Richard Cohn have been listed in the annual publication for years, 2016 marks the debut for the younger members, Casey Johnson, Ashleigh Aitken, and Michael Penn. To compile the list of leading attorneys, Best Lawyers studies peer evaluations submitted by more than 5 million lawyers nationwide.

The Best Lawyers designation is the latest in a very lengthy and impressive line of accolades for the attorneys at Aitken Aitken Cohn. Just to name a few, in this year alone, Aitken Aitken Cohn has received significant awards including the Constitutional Rights Foundation’s “Community Partner of the Year,” the OC Business Journal’s “Best Places to Work”, and the “Aegis Award of Philanthropy.”

Partners Chris Aitken and Rich Cohn were chosen as top attorneys for client satisfaction in all of Southern California, while founding partner Wylie Aitken was identified as one of the “Top 25 Plaintiff Lawyers” in the entire state! Associate Michael Penn was named one of the “Top Five Associate to Watch” while associate Atticus Wegman was named a “Rising Star” by Super Lawyers for the third year in a row.

The complete 2016 edition is available online at http://bestlawyers.com