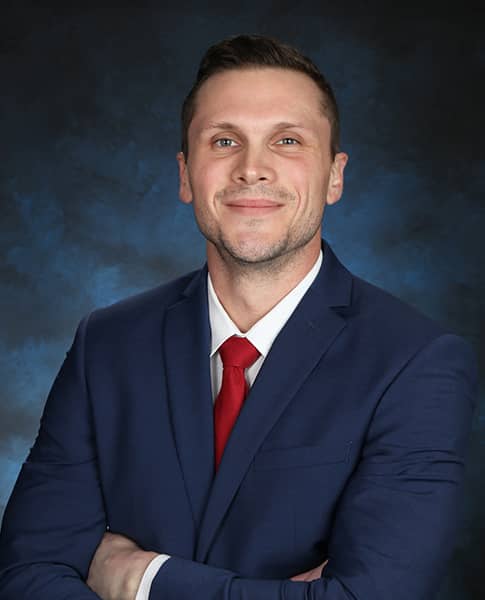 Ryan attended the University of Arizona and obtained a Bachelor of Science in Human Physiology and Anatomy with a minor in Molecular and Cellular Biology. He was a student athlete participating in collegiate rugby. Ryan always had a knack for helping others and being a “team player.” Even on the rugby pitch he protected his team’s blindside from being attacked. Ryan has brought the same “team player” and selfless attitude to Aitken Aitken Cohn.

After University of Arizona, Ryan worked in the Emergency Department at St. Joseph’s Hospital for over three years. He worked side-by-side with world renowned emergency medicine specialists and became adept in medical terminology and treatment. Following Ryan’s experience in medicine he decided to use his skills in a different way as an attorney. Ryan graduated from Chapman University, Fowler School of Law and quickly joined Aitken Aitken Cohn.

Since becoming part of the Aitken Aitken Cohn family, Ryan has worked diligently for the firm’s numerous clients. Ryan uses the skills acquired through his life experiences to actively pursue the best interests for his clients. Ryan is an aggressive and persistent attorney that will fight for his clients and ward off any harassment or game-playing by the defendants. His ultimate goal is to build a relationship with his clients and to help them recover what they are entitled in full. In his free time, Ryan enjoys playing golf, hiking, camping, hanging out at the beach, and spending time with his family.

Since joining Aitken Aitken Cohn in 2018, Ryan has already sat second chair in a trial recovering over $500,000. Ryan assisted associate Atticus Wegman with his client who severely injured his neck requiring a cervical fusion and discectomy surgery due to a car accident caused by the defendant running a red light. Ryan and Atticus diligently argued and prepared an impenetrable case against the defendant insurance company who was trying to prove that no further medical treatment was needed, including surgery. The jury came back with a verdict that was five times more than the amount the defendant offered resulting in an excess judgment and an overjoyed client.

In addition to Ryan’s trial experience, he has extensive experience in drafting and arguing motions, drafting effective demand letters and mediation briefs, taking and defending depositions, and keeping communications seamlessly flowing with his clients. Ryan’s idea of an effective Attorney-Client relationship is one in which all parties communicate openly.